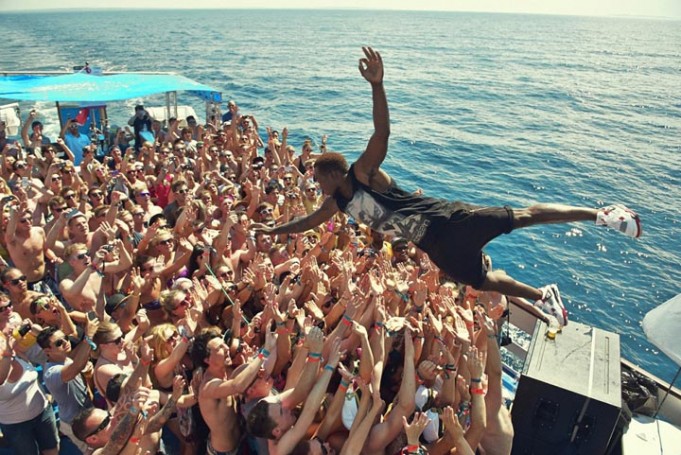 Tickets are on sale for the Hide Out Festival 2015 Croatia. Don’t delay book yours now and plan your party of a lifestyle from Sunday 28th June – Thursday 2nd July 2015.

Forgot what you think you know about festivals and prepare yourself for something different. Now in  its fifth year, Hideout Festival in Croatia is one of the leading electronic music festivals in the summer calendar and this year, it celebrates five years of unforgettable parties. Set in the intimate surroundings of Zrce beach on the Island of Pag, the festival site is sandwiched between mountains, trees and the Adriatic sea.

Get your tickets here: hideoutfestival.com

With pre-parties and the infamous after party, Hideout runs for 5 days and nights including pool and boat parties throughout.

MANY MORE TO BE ANNOUNCED

EASY TO GET TO WITH TRIPADVISOR

Fly to Hideout from many UK and European destinations. Local airports in Split, Zadar and Zagreb are all within transfer distance making the festival very accessible. For the smart shopper you can visit tripadvisor and book your return flights. Tripadvisor offers flights to Dubrovnik. Split is a beautiful and ancient city, dating back to the times of Ancient Greece, so there are a number of sights to see and attractions for tourists to enjoy.

Island hopping from Dubrovnik to Split

There are a number of islands off the Croatian coast and in the summer months there are regular ferry services between some of the larger ones. One of the best ways to explore on your journey between Dubrovnik and Split is to take these ferries between the islands. You may even wish to stick around on some of the larger ones and soak up the atmosphere as well as the stunning scenery. One of the most popular islands is Korcula. You can catch a ferry straight to the island from Dubrovnik and from here you can travel directly to Split. Other islands you may wish to explore include Brac and Vis.