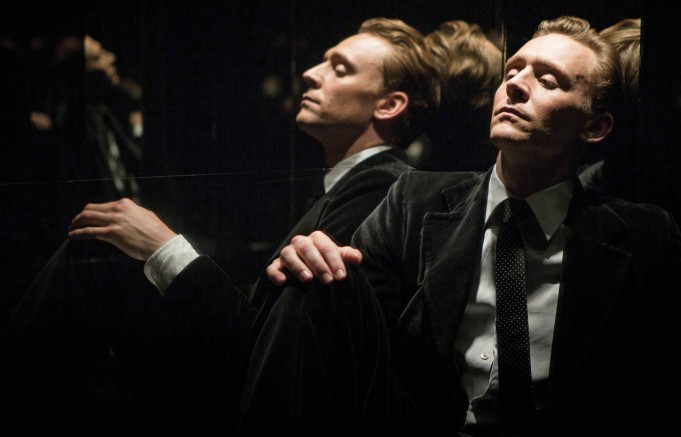 High-Rise is an adaptation of the 1975 book of the same name, a certain buzz has surrounded this film for most of the year.  With a host of stars such as Tom Hiddleston, Sienna Miller, Luke Evans and more expectations are high but there is a disappointment in store.

Opening up High-Rise we see a dishevelled Dr. Robert Laing (Tom Hiddleston) cooking up the remains of a dog for his supper, we are then transported back 3 months for the telling of this brutal and gruesome story and how exactly Laing was forced to eat a dog.  Based in the 70’s, in a newly built High Rise apartment block by architect, Anthony Royal (Jeremy Irons) everything is rosy amongst the residents. The block consists of 3 levels, the fairly well-off at the bottom, the rich in the middle, which consists of Dr. Laing and the super rich at the top including Royal, whose apartment houses a garden and a horse, yeah try and work out how they got a horse on the top floor of a high-rise block of flats.

The block has its own supermarket and swimming pool/gym and everything seems fine, neighbours become friends, parties are held and Laing beds the very sexy Charlotte Melville (Sienna Miller) that is until the lower levels starts to experience loss of power and water and cracks start to appear in the whole foundation of the story. Quite quickly the whole block descends into chaos.  Lower level resident, Richard Wilder (Luke Evans) tries to start a rebellion and gather the masses in an attack against the elite of the building and especially architect Royal. He becomes quite rabid, turning to rape and murder, but this actually brings some order to the chaos. Hiddleston always looks at his dapper best, even when his trousers become cut off at the knees and his shirt ripped but he just seems to wander aimlessly from scene to scene, never taking any sides but just living as though nothing is out of the norm. Miller seems to relish her role, once the party girl when faced with reality, she conforms to the rules and develops some morals and Evans as a murderous rebel rouser is also pretty convincing too.

High Rise is out in UK cinemas March 2016