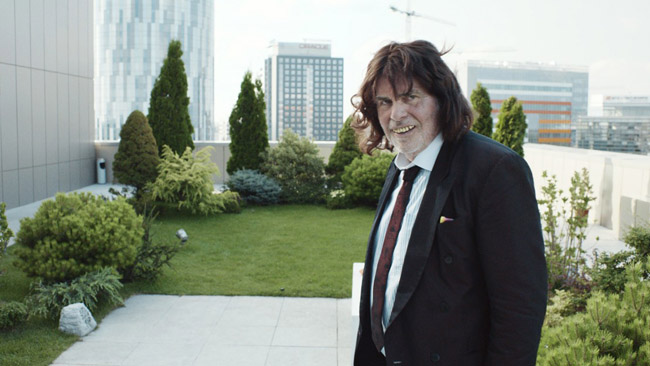 A hilarious trailer has arrived for German Comedy Toni Erdmann – yes the German’s do have a sense of humour.

Written and directed by German filmmaker Maren Ade, TONI ERDMANN stars Sandra Hüller as Ines, a highly-strung career woman whose life takes a turn for the chaotic when her father, Winfried (played by Peter Simonischek), turns up unexpectedly at her place of work in corporate Bucharest.
An eccentric but charismatic divorcee with a penchant for practical jokes, Winfried goes to increasingly implausible extremes to re-enter the life of his estranged daughter. Little does he know, however, that Ines is more than capable of rising to the challenge…
A critically acclaimed festival favourite, the film was also one of the highest reviewed films at this year’s Cannes Film Festival, where it competed for the coveted Palme d’Or.
Toni Erdmann comes to UK cinemas 3rd February 2017.