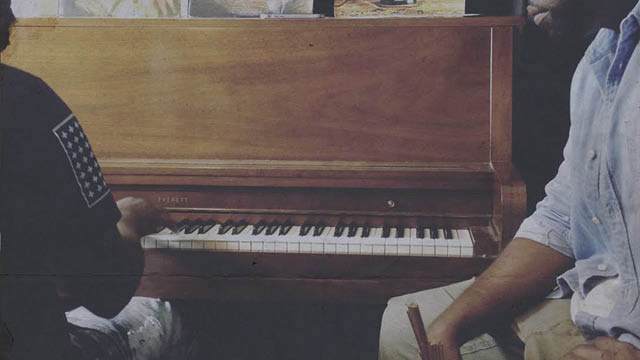 After previously producing hip-hop and jazz, Ben (of The Brown Science) decided that he wanted to build a band of his own that reflected his love for the genres and the end product was ‘The Brown Science’, a makeshift band with interchangeable members. This debut single ‘Brooklyn’ features Denitia (Denitia and Sene) and Chris Jackson (vocals), Nolan Thies (bass/drums), Jose Benjamin (violin) and James ‘Foolish’ Deering (keys).

Their sound, described as sampled jazz, is inspired by jazz loops used by groups like A Tribe Called Quest and Pete Rock. Ben (of The Brown Science) wanted to capture the groove of those groups but instead of sampling records ‘I get with different musicians to develop the grooves from scratch.’ This track ‘Brooklyn’ was built on top of the piano track, with artists coming from Brooklyn and Houston to contribute. The drum track was recorded in BunkerHill Studios as Ben knew that that particular studio would be able to ‘capture that nostalgic Brooklyn feeling I was going for’.

The debut single ‘Brooklyn’ is available to purchase on iTunes now and stream on Spotify. Live shows are planned for the first half of 2017, for more information follow The Brown Science on Instagram.