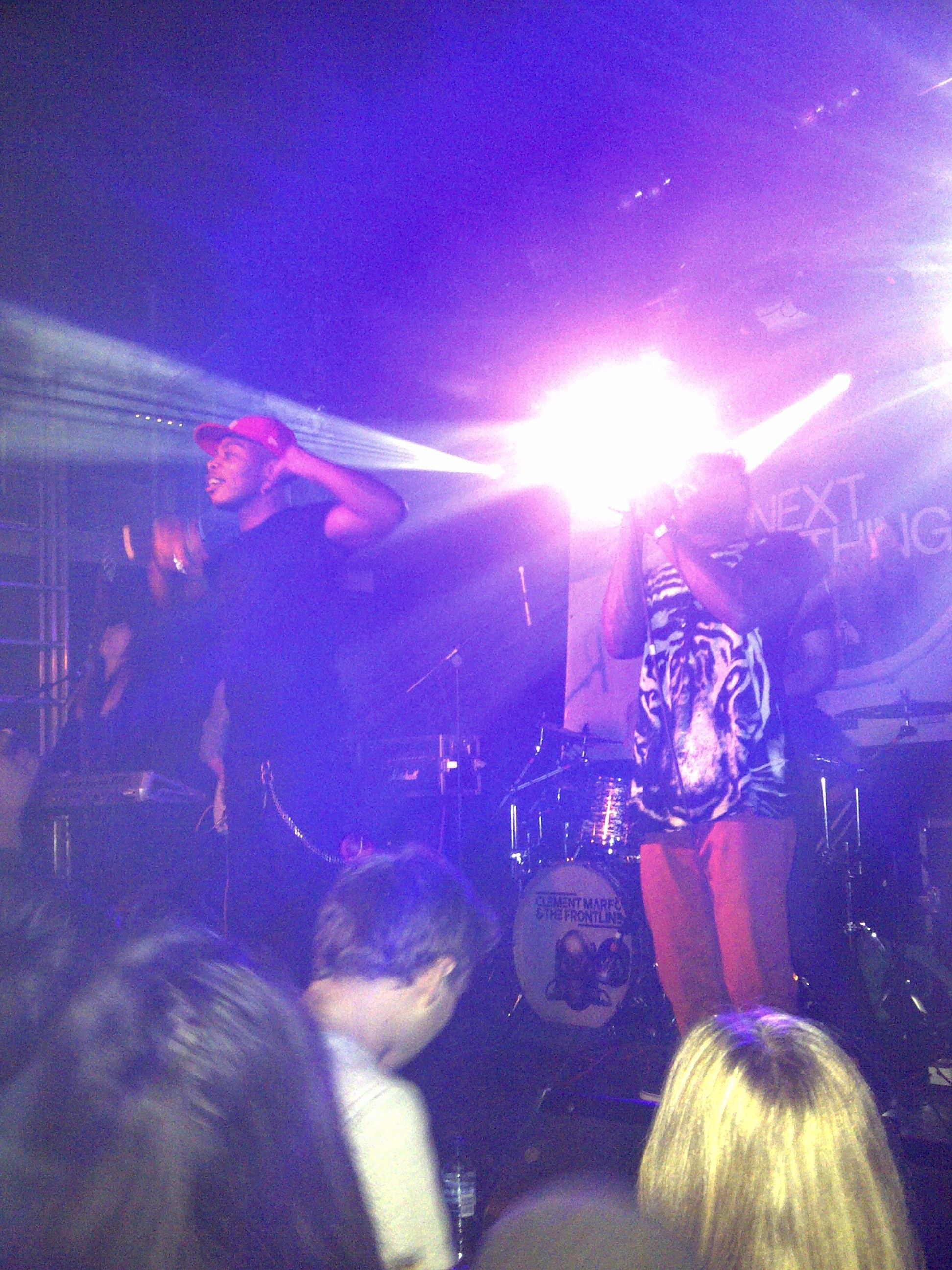 Cleo Sol led the way for the gig last Saturday night with her songs ‘High,’ ‘Loverboy’ and the Lily Allen and T Pain cover of ‘5 O’clock.’ This singer who was recently signed to Island Records stunned the crowd with her magical voice, and is tipped for big things this year.

Starboy Nathan was next on leading his set performance with ‘Diamonds,’ gaining massive applause from the audience. He then asked the crowd, “Anyone know about my first album ‘Masterpiece?’” This created a stir cuing one of his old but great tracks, ‘Do Without My Love.’ Marvin Gaye’s ‘Let’s Get It On,’ started to play and Nathan performed a cover to the song, seeing as it was the weekend before Valentines Day, the song choice was relevant. The band had left and Nathan announced, “I’m just cuing myself, it’s just me doing my thing,” with him starting and stopping the tracks himself. Then he performed a mish max remix of songs starting with Major Lazer’s ‘Pon de Floor’ as a backing track and singing over it the old school garage classic ‘I’m Sorry,’ by Monsta Boy. The last song was the most recent ‘Hangover’ saying, “My new album comes out its called 3D, which stands for determination, dedication, desire.” In the middle of ‘Hangover,’ he wows us with the ‘Teach me How To Dougie,’ dance then goes back to singing the rest of the song, also doing a dance, grinding his hips at the end for the females in the crowd. Next up was the Barbadian group Cover Drive. Lead singer Amanda Reifer told the crowd, “When you move to the music, make sure you move those hips,” with her showing everyone how it was done. They performed the song, ‘Hurricane,’ from their forthcoming debut album. Amanda grabbed a Barbadian flag from a member of the audience and started waving it, as the drummer T-Ray Armstrong starts emceeing. As Cover Drive gained a lot of fans and followers from their YouTube covers, it was only right for them to do a cover which came in the form of Jennifer Lopez’s ‘I’m Into You,’ with T-Ray emceeing again. Amanda announced to the crowd, “This song I’m going to play for you is special, it’s our debut single.” ‘Lick Ya Down’ starts to play with Amanda asking the crowd, “London I want you to sing this for me.” Their newest single and last song of the night was up next, ‘Twilight,’ which really made the crowd go wild, with their fans dancing and singing along. Time for a break and the headline act to set up, Clement Marfo + The Frontline. The intro begins ‘Barrel Of A Loaded Gun,’ which has one chorus. The crowd is already hyped after the intro and they launch straight into their less well-known songs, ‘Nothing To Lose,’ then, ‘Us Against The World.’ Clement Marfo talks to the crowd saying, “It’s been a big year, being tipped for MTV Brand New and HMV’s Next Big Thing,” thanking the fans for the support. Next up was ‘Survivor’s,’ which Clement dedicated to a friend that died from a gunshot wound. He really gets into the song, which means a lot to him, and the crowd starts waving their hands feeling the emotion filtering off him. It was now time to really hype themselves and the crowd up. It was time for ‘Champion,’ with Clement asking, “Whose feeling 10 feet tall?” The stage presence and energy of Clement Marfo + The Frontline on this track was amazing with the two front men Clement and Kojo jumping around the stage and dancing. ‘Overtime,’ played and the crowd was just getting more into it, with Ghetts joining them on stage for his verse and the crowd going ballistic. ‘Mayhem,’ was the last song of the night and Clement just topped off the amazing performance with a stage dive, with a bouncer pulling him back onto the stage to finish the performance.