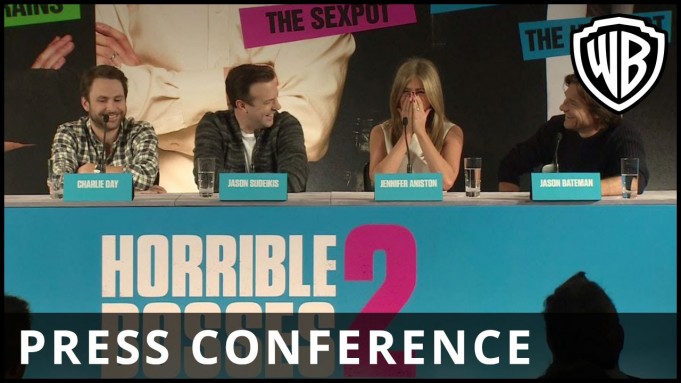 Highlights from the Horrible Bosses 2 press conference have just been released. They are unlisted youtube videos so you cannot find them in searches however we have managed to get them all here for you on Flavourmag.co.uk. Enjoy!

Jennifer Aniston, Jason Bateman, Charlie Day, Jason Sudeikis, where amongst the celebrities that graced the red carpet of the Horrible Bosses 2 World Premiere Live Stream which you can watch right below.

Photos from the red carpet

THE FILM: Fed up with answering to higher-ups, Nick, Dale and Kurt decide to become their own bosses by launching their own business in “Horrible Bosses 2.” But a slick investor soon pulls the rug out from under them. Outplayed and desperate, and with no legal recourse, the three would-be entrepreneurs hatch a misguided plan to kidnap the investor’s adult son and ransom him to regain control of their company.