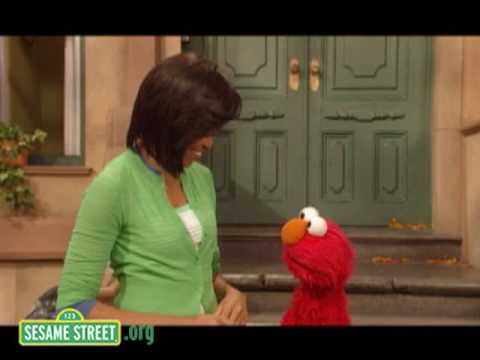 Once again Flavour hits you with the Hot 5 goings on in the entertainment industry this week.

5) Katt Looking For Cream?
American comedian Katt William, was arrested for burglary on Sunday but was he really looking for a bag of swag? Surely a well known entertainer, with DVDs such as Pimpin Pimpin and Straight Hustle, should have more than a few dollars in the bank? His lawyer alleges that the funny man was actually a “guest” at the house as opposed to straight robbing people….perhaps that explains his broad grin in the mug-shot. But will Katt manage to Straight Hustle, his way out of this one? They say he entered with a crow bar and left with $3, 500 worth of jewellery…the case continues

4) Michelle Obama Joins Some PuppetsNow that could be a joke about politicians, but the first lady has guest starred on Sesame Street to celebrate the shows 40th anniversary. Following in the footsteps of other guest on the show like Stevie Wonder, the First Lady will aid in teaching the kids of America a valuable lesson. Her show will focus on healthy eating. Somebody better tell the Cookie Monster to avoid set when Michelle hits the Street…

3) David vs Goliath
In a feat of biblical proportions British boxer David Hayes 6 ft 3in, defeated the towering 7ft Russian Nickolai Valuev winning the WBA Heavyweight Title. David now has the whole world in his broken hands. He is suspected to have suffered a fracture during the bout, probably caused by a swift uppercut to the Ruskie. Finally us Brits have a heavyweight boxing champion again. Not since Lennox Lewis have we held that swagtastic belt. Thanks for bringing it home David!

2) Jedmania
Amazingly those “talented twins” managed to escape being released into the wild last Sunday on X-Factor. Simon Cowell granted them a little reprieve by giving the duo his vote at the end of the show. Say what you like about the man but Cowells made a good business decision. The boys may be annoying, preventing real singers from success and causing your ears to bleed when they hit the stage but they provide great comedy value. In other words Ant and Dec, the second coming….Kerching, another money making outlet for the X-Factor Empire.

1) Rihanna’s Broken Silence
The Russian Roulette singer made a brave move by speaking on the Diane Sawyer show in American and revealing her feelings on the whole Chris Brown affair. She made it clear that it’s a situation anyone can find themselves in. By speaking out, Rihanna gives courage to women who may be suffering in silence. When a celebrity is upfront about an issue the world takes notice. Domestic abuse is not something to keep quiet about.