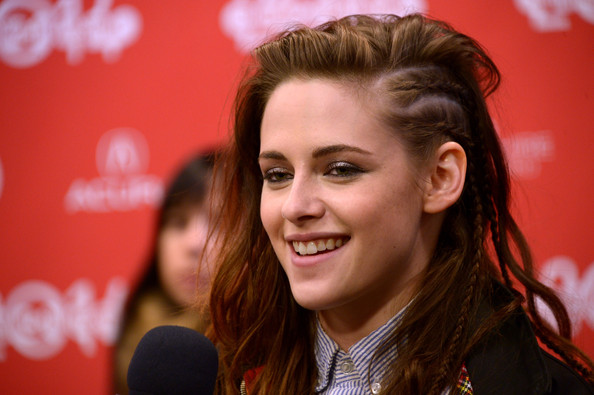 Are you sitting down? Good. I’m about to tell you the most important news story of the entire year (sure we’re only 20 days in but still) Wait for it…Kristen Stewart cracked a smile…like an actual full on smile with teeth and everything! She was attending the Sundance Film Festival in Utah to promote her new film ‘Camp X-Ray’ and she definitely look pleased to be there. Maybe she’s finally moving on and realising that there is life beyond Twilight and the whole Robert Pattinson fiasco. And also that being a massive emo doesn’t get you anywhere. How soul destroying is it when a two year old has better toy cars than your real cars? The answer is very! To be fair, when the toddler in question is Blue Ivy and her parents are music royalty we really wouldn’t expect anything less. It’s been rumoured that the lucky tot received the mini Ferrari and Escalade for her second birthday which was celebrated in style at Miami wildlife park, Jungle Island. Hmm, nice to see Bey and Jay didn’t spend too much money on a party she probably won’t even remember…oh wait. Gwen Stefani is having a boy! That makes three for the 44-year old and rocker hubby, Gavin Rossdale. Some might say she’s a little old to be having another baby but let’s face it, I’ve seen older looking 20-year-olds. Anyway we hope the pair are happy as I’m pretty sure they were trying for a girl and are unlikely to have another but hey, they can always do an Angelina and adopt the world. Amber Heard and Johnny Depp are getting hitched! Johnny reportedly popped the question to his ‘The Rum Diaries’ co-star on Christmas Eve and she’s been hiding the ring ever since. Amber has spoken openly about her bisexuality in the past but it seems Mr Depp, who is 23 years her senior, has found that plying his girl with a sparkly diamond is the perfect way to make her forget about girls. Oh and I’m sure just being Johnny Depp helps. Kardashian drama literally never ends and thank god because if it did I think the world would literally stop turning! If it’s not Khloe divorcing her cheating husband it’s Kris and Bruce deciding to live separately. Now we’re hearing rumours that Kendall Jenner is dating ‘bad’ boy pop star Harry Styles and has actually introduced him to her parents, I wonder if he cried. The oldest Jenner sibling is also dodging accusations that she’s had a nose job to ‘thin’ her nose but has yet to comment. And then there’s Rob. The youngest Kardashian and only boy has been having a tough time of late. After living in the shadow of his famous sisters for years, gaining weight and struggling to make money from his premium sock line there are rumours that he’s decided to divorce the rest of his family. We understand your old enough to go it alone now Rob but divorce!? I’d definitely leave that to your sisters. Kanye and Kim have stated that they want a million more children to join their uber cute 7-month-old daughter North (I have a sneaky suspicion their actually building an army) They are also planning a summer wedding after getting engaged last October, although I’m still not sure they’ll find a venue big enough for both of their egos…watch this space.