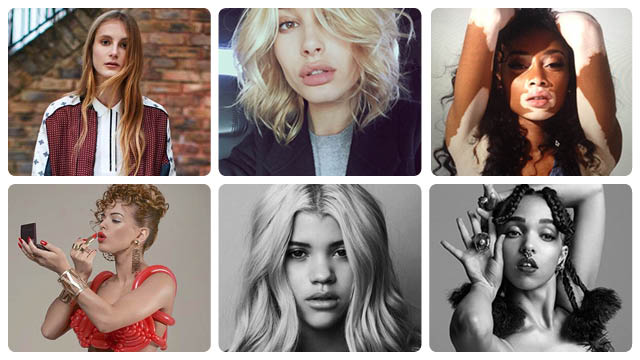 When it comes to the fashion model stakes, there’s no doubt that Kendall Jenner and Cara Delevingne owned 2014.

Following in the footsteps of her older Kardashian sisters, Kendall was like a moth to flame when it came to the limelight. The fashion industry fell in love with her. Rocking the runways for the likes of Balmain and Marc Jacobs, as well as fronting campaigns for fashion heavyweights Karl Laagerfield and Givenchy, it was Kendall’s coming out party, rise to fame and the securing of her superstar status all wrapped into one short year.

There’s now doubt that we can expect a lot more from Cara’s new BFF and fellow supermodel this year.

But. Who’s going to be sneaking up behind her?

One to watch is Instagram sensation Sofia Richie. Yep, you guessed it by the surname: she too has a famous fam to catapult her into stardom.  Unlike the go-to faces at all the high profile fashion soirée’s of 2014, she was no where to be seen. But with her stand out of-the-moment grey locks and raw street edge, it’s clear to see why she’s bagged herself an indie following on Instagram. Look closely, and you’ll see she’s been a busy beaver behind the scenes. Who needs paparazzi when you’ve got insta filters, eh? With lips to rival Kendall’s sister Kylie, and (rumoured) famous beau Justin Bieber (who dabbled in a bit of modelling of his own, in the spanking new Calvin Klein Ads) Hailey Baldwin is set for stardom of the biggest kind. After working – and playing – with the likes of model royalty Kendall Jenner and Gigi Hadid on the runways last year… Another face set to emerge is that of R-Pattz new bae, FKA Twigs. An unlikely style icon with her alternative style and facial adornments, but after bagging herself the cover of i-D Magazine, and V Magazine this month – and looking fierce in the process – a stylish star was born. Her heart may lie in the music, but I predict a fashionista following a’coming. Of course, the man crush boyfriend has got to help a little. Another unlikely star, although equally as fabulous in my opinion, is that of Chantelle Winnie (AKA Winnie Harlow) who sprung to fame in hit TV show America’s Next Top Model. This young girl captured the hearts and minds of the viewers, inspiring everyone to see that different is beautiful. Living with vertigo, her positive and ambitious outlook on life is just as enchanting as her looks. Now she’s a successful model, owning shoots as well as catwalk shows. Olympia Campbell is a name you’ll be hearing everywhere in 2015. Having already bagged work with Chanel, Fendi, Louis Vuitton, she’s breaking away from her sister’s shadow. That’s Edie Campbell, in case you’ve been living under a rock. Nada Adelle is an established and successful fashion model. With a host of brand collabs and a personal style blog to boot, this lady has a brigade of loyal fans and followers that follow her every (flawless) fashion movement. The epitome of the modern day fashion star.