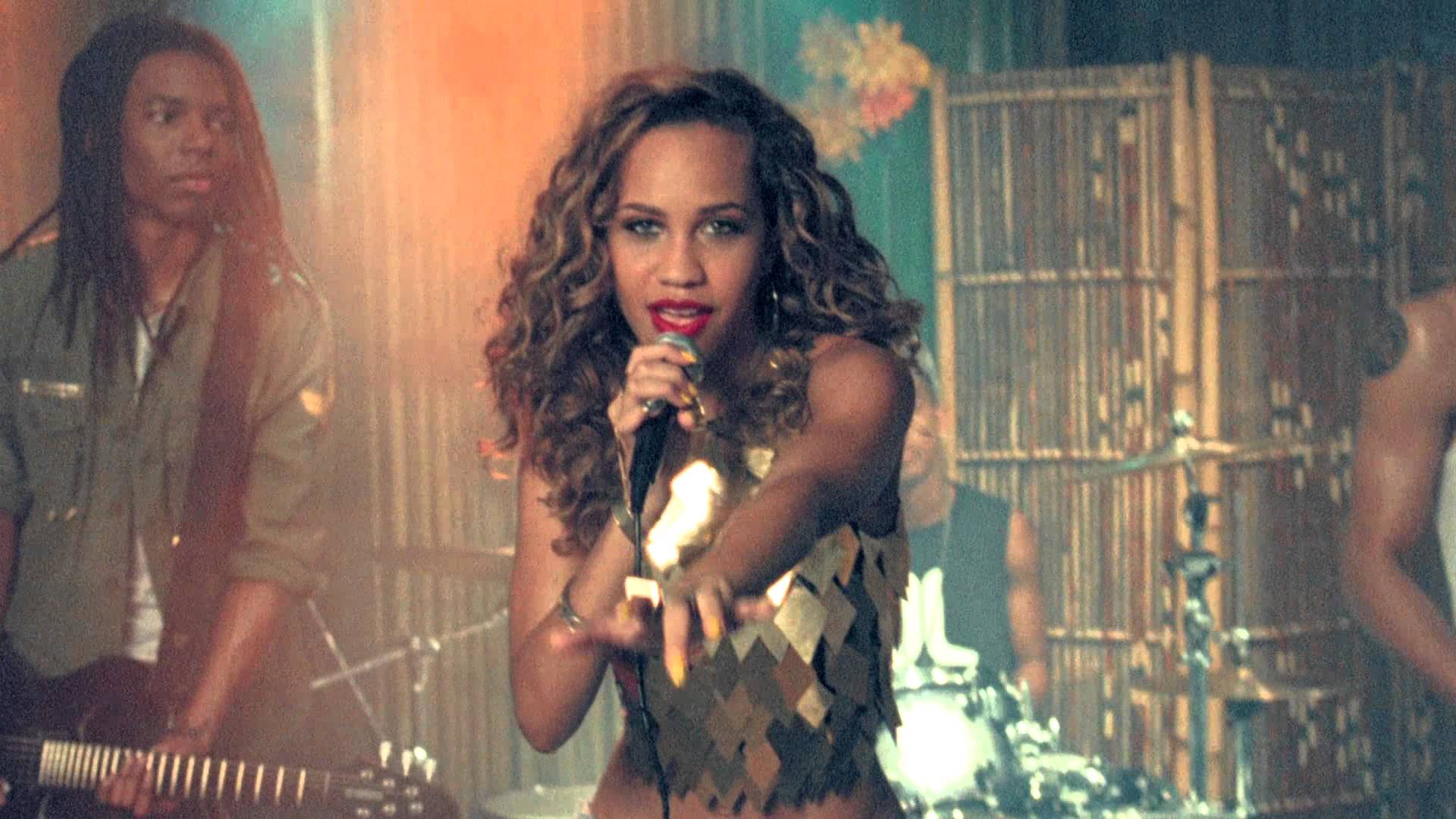 You may know Cover Drive as the four piece hot Bajan band that gave us hot singles that would ‘Lick Ya Down’ with ‘Sparks’ and ‘Explode’! I caught up with Bajan hot spice Amanda to find out how Peri hot she is and what the band has been up to lately.

Hi Amanda how are you?
Hey Tovonya, I’m good, thank you.

So, you’ve teamed up with Nandos for their Find yourself campaign, tell us a bit about that?
We were always on the Nandos team, we are obsessed with it, so finally we decided to do something together, the campaign is where we all represent our favourite flavours, it’s all about people exploring the spices and seeing which one suits you because there’s one for everyone.

So how hot are you on the Nandos Peri-ometer?
I’m extra hot! (laughs)

…Yes girl!
You have to be feisty and hot, living in a house with three boys you know, you gotta get your own way, I’m so hot don’t touch you know, or you’ll get burned!

So with your extra hot chicken what sides do you usually get, are you rice person, chips person?
Right I’m gonna be honest, I’m a chips person, I’ll be a chips person for breakfast lunch and dinner. I know its really bad so I try to balance it out with some corn.

So when you’re back in Barbados where is your most favourite place to eat?
My Dad’s home, he’s an amazing cook so I love to eat at home but theres also this place called Ackee Tree, its like a Roti place, its really really good.

So enough about Nandos, you’re making me hungry, tell us what you guys have been to lately?
We’ve just wrapped up the tour with Kelly Clarkson, touring with Kelly has been amazing simply because shes incredible. It was a great experience for us, we get to meet a lot of new fans and old fans, we’ve learnt a lot from Kelly as well, its been a great great tour.

You guys have been nominated for a Soul Train Award, what was it like hearing that you’ve been nominated?
That was pretty awesome, we had just come from the MOBO’s and we wasn’t nominated but was like that’s ok maybe next year, and then we found out we was nominated for a Soul Train Award in the States! It’s a huge deal and we couldn’t understand it because we hadn’t done any promotion over there, never realsed singles or done shows or even an interview, nothing! To have that nomination meant so much to us. It was so unexpected so we are so incredibly happy to be nominated. Pretty excited!

I know the Explode single has been out for a while but tell us what it was like working with Dappy?
We’ve known Dappy for a long time now, for as long as we’ve been coming to England. Our first tour in the UK was with him as a supporting act on his Rockstar tour, so weve had a relationship for a while. ‘Explode’ is a song that we loved, it was already recorded and everything, Dappy heared it and he also loved it so he put down a verse and sent it to us. It was amazing so we decide to use that version as the single. He’s super talented and it was good we got him on the video. We’ve heard stories about him, but he is very professional, it was really cool working with him.

So with that said which other UK artist would you like to collaborate with?
The person we would probably love to collaborate with is Ed Sheeran, we think he’s amazingly talented and we think we could do a great reggae track with him, it would be awesome. We would love to do something with No Doubt too, whether it be a tour, a song, a performance. They are our all time favourite band and we look up to them so much, so to do something with them would be incredible.

So were gonna play a quick game of choose, I’ll say two similar items and you have to choose which one, so here goes… Team iPhone or Team Blackberry.
Right now iPhone.

Coca Cola or Pepsi?
Ooo that’s a hard one, I’m like half and half on that one.

Cats or dogs?
Dogs but I do like cats.

Nike or Addidas?
Addidas, I have a tonne of Addidas stuff that I love.

Awesome, so what should we be looking forward to in the near future?
Well right now we’ve just gone back into the studio and are back into writing mode again, we spent the past year releasing singles and promoting them and the album, now we’re going back into that creative writing zone, putting ourselves on lockdown to write! We’re working on our second album right now and the stuff is sounding amazing. Obviously we’ve grown a lot in the past two years, gone through good and bad and we’re just pouring that into our music.

Be sure too look out for Cover Drive’s new album, in the meantime Cover Drive and Nando’s challenge the nation to find their PERi-PERi spice at nandos.co.uk/findyourself what’s your Flavour!