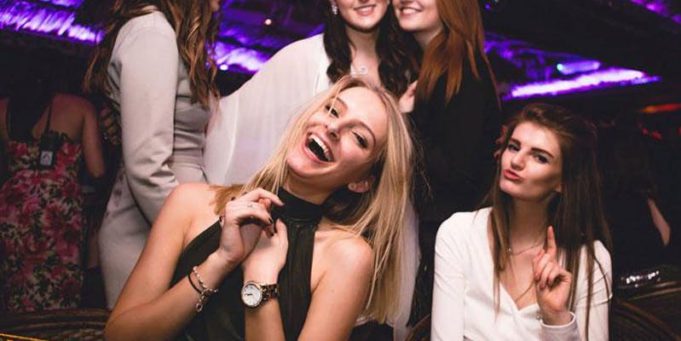 It’s August, it’s London, it’s a long bank holiday and hopefully, it will be a heatwave, which is the perfect time for raving, dancing, quirky events and festivals.

We’ve rounded up a hotlist of the best Bank Holiday things to do in London this August, so if you are looking for something different, something special, look no further than our hotlist below. Secret Cinema Presents William Shakespeare’s Romeo + Juliet will see 5,000 people per night – with 65,000 people in total – descend upon a secret London location that will be transformed into the multi-layered world of Verona Beach. Featuring live bands, artists, DJ’s, Gospel choirs and surprise performers Secret Cinema Presents William Shakespeare’s Romeo + Juliet reimagines the festival experience through the extraordinary world of Baz Luhrmann’s iconic film and is the largest production Secret Cinema has ever produced.

Tickets are on sale now for the Bank Holiday weekend, with the final night scheduled for Saturday 25th August. Prices range from £49 – £125 depending on ticket tier and day. CASA BACARDÍ will come to Notting Hill Carnival for the very first time this summer, as part of the rum brand’s Europe-wide music campaign ‘Do What Moves You’.

CASA BACARDÍ on the legendary Powis Square Stage will play host to an unmissable line-up of incredible acts, all specially selected to represent the ‘sound of rum’. BACARDÍ has worked with the local community on the programming and the full line up will be revealed on the day. Music will run from midday to 7pm and as is Carnival tradition, the event is not ticketed and entry will be allocated on a first come, first served basis.

Traditionally, the Powis Square Stage has been the go-to place each year at Notting Hill Carnival to experience true, authentic Calypso music, which originated in Trinidad & Tobago in the early to mid-19th century. BACARDÍ will fund the normal programming on the Powis Square Stage on Sunday 26th August, and the calypsonians will also bring their Caribbean sounds to Monday’s CASA BACARDÍ line up from 12pm – 3pm.

Alongside a full day of music programming, there will be street food stalls and bars serving BACARDÍ rum drinks to complete the Carnival experience.

As part of ‘Do What Moves You’, BACARDÍ has worked with a series of Sound of Rum artists throughout the summer to host live shows and create exclusive new video content, which can be viewed on the BACARDÍ YouTube channel.

Glitterfest will be hosting its annual Masquerade Glitterball Carnival After Party at the Tropicana Beach Club on Bank Holiday Sunday 26th August (no work on Monday). 50 Kilo’s of confetti will be pumped throughout the night. Fire breathers and crazy dancers will entertain you on stage while you party the night away. The KoOKyLoCo DJ’s will be playing a super party mashup of Hip Hop, RnB, Garage and more and the live drummer will add to the hype, while you dance like there’s no tomorrow.

FREE Entry if your birthday is in August or the first 2 weeks of September simply Whatsapp them on 07742840152 to find out how to get on the birthday guest list. Tickets available here Go to madisonlondon.net for more info Moonshine Saloon is an immersive Western cocktail bar experience, based in the heart of the Wild West of London on the King’s Road. Moonshine Saloon is an incredible concoction of legendary story-telling and immersive theatre with a world-class drinking experience thrown in for good measure. Think Secret Cinema doing The Good, The Bad and The Ugly with contemporary and classic cocktails.

It is a totally unique, fantastic immersive experience. You turn up with liquor of your choice that gets you into the world of Moonshining. Your liquor is then transformed by a world-class team of mixologists into 4 cocktails that are served during your experience (nearly 2 hours).

Show nights for Moonshine Saloon run from Thursday-Saturday across various time slots. Price per person is £33.99. To celebrate the evocative art installation SYSTEM by Gaika in collaboration with Boiler Room and Somerset House Studios, two series of events have been programmed to explore and highlight the positive impact of migration on music and culture in the UK.

Every Tuesday in August SYSTEM: Future Sounds will open up the installation to up-and-coming members of the sound system community making waves across the UK, with parties curated by fast-rising key players Simba, Tudor Lion and Thali.

Thursdays will see Boiler Room and Somerset House Studios host SYSTEM: Sound Series, a line up of parties that explore some of the biggest music scenes and the positive impact of migration on music. Deviation co-founder Judah, Aba Shanti-I, BBZ and The Soca Kingdom will all take the reins at the installation, showcasing UK Urban, Sound System, International Club, and Soca.

Throughout August the installation, SYSTEM: Future Sounds and SYSTEM: Sound Series will be streamed live on Boiler Room.

Sundowners White Party is set to be a heady mix of sunshine cocktails and daytime mingling with some of London’s most delectable singles. Ticket’s, which include a welcome cocktail are currently at the special 50% discounted rate till the end of the week.

Jin Bo Law is Elevated 14 floors above the city, experience the breathtaking views of London’s most iconic skyline from the five star Dorset Hotels’ stunning rooftop bar and lounge. Thoughtfully designed to be the perfect space for our members and friends to enjoy a warm summer evening on its stunning wrap around terrace. Hosts will be on hand to make introductions and facilitate a delightful afternoon where you can make new connections as well as catching up with friends.

More events to be added!