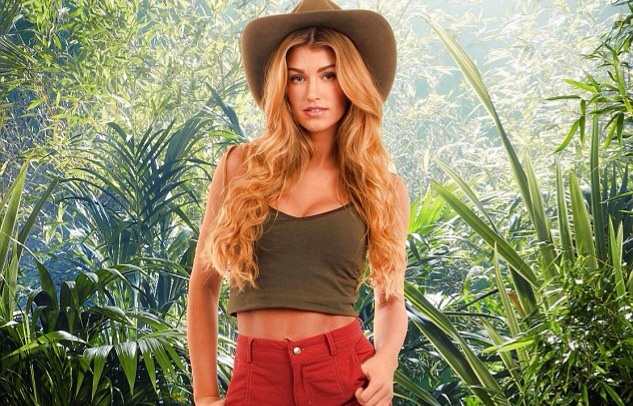 The I’m a celebrity beauty might be claiming to be all natural in tonights show but even natural beauty doesn’t come cheep.

Amy Willerton spent £3,500 on a beauty blitz before going onto the show: Model had caviar and bird’s nest facials, vitamin injections and diamond micro-needle treatments before show debut


Amy Willerton has established herself as the jungle beauty on ITV’s I’m A Celebrity …Get Me Out Of Here! – and has caught the eye of admirer, Joey Essex.

But the 21-year-old, who reached the semi-finals of the Miss Universe title in Russia recently, had a helping hand when it came to appearing bare-faced in the outback.

Amy underwent a series of skin peels, vitamin injections, abdominal toning sessions and micro-needle treatments in preparation for her debut on the show, which was watched by 9.2m viewers. Tricks of the trade: Beauty queen Amy Willerton, who is currently a star on I’m A Celebrity Get Me Out Of Here!, had a helping hand to achieve that bare-faced beauty look for her stint in the outback

Appearing in public without make-up was something of a personal challenge for Amy, who experienced problems with her skin as a teenager.

‘Working as model, her face is her fortune so she recently underwent a facial preparation campaign under the professional auspices of Dr Vincent Wong, who is an Advanced Medical Aesthetics Practitioner,’ said a spokesman.

‘Amy suffered from chronic acne in her late teens and whilst it has left her unscarred, she wanted to ensure it was in peak condition for November,’ explained Dr Wong.

Dr Wong told Femail: ‘Signs of stress can show on the skin, even on someone as young as Amy.’ Beauty queen: Amy was treated to a range of treatments from Slendertone, which claims to help enhance your complexion by ridding the face of toxins

‘We want to restore her skin radiance and elasticity as well as preventing breakouts and dark circles from forming as a result of excessive stress. We want her to look as confident as she feels in her own skin.’

The 21-year-old beauty queen has been seeing Dr. Vincent Wong on weekly basis since she was crowned Miss Universe Great Britain in June this year.


He designed a unique skin treatment for her, named ‘Pure and Radiant’. Involving caviar and bird’s nest extracts, it’s due to be launched to the general public in October, just in time for the festive season.


Amy was also treated to a range of treatments from Slendertone.

Dr Wong introduced Amy to Slendertone Face, a treatment that claims to stimulate facial circulation, improve complexion and bring about a glowing radiance. And Amy didn’t just concentrate on her face.

To prepare for the shower shots in the jungle, her personal trainer also designed a training programme to help tone her abdomen.