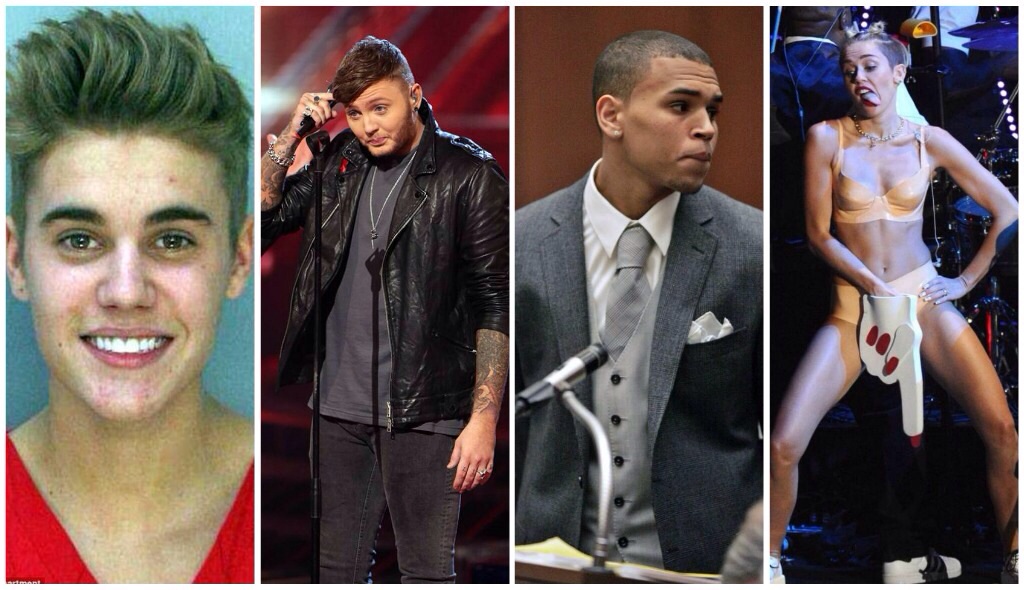 Is the price of fame and a celebrity status really worth sacrificing the reputation of talent?
Recently we have witnessed raw talented and credible faces in the music industry acting out in a manner, best described as fame hungry behaviour. It seems like these artists are more than happy to sacrifice their reputation as talented individuals for the headlines and publicity of a celebrity.

Justin Bieber seems to be the main culprit in this looed act of celebrity status hunger. We first met baby faced Justin in 2009 when he released his debut, “My World” which went platinum in the United States. Shortly after Justin released “My World 2.0” which went near or number one in several countries across the globe. Justin Bieber had become a house hold name for all the right reasons collecting millions and millions of loyal fans along the way, making Justin, Forbes third most powerful celebrity in the world 2012. This title may have been the start and cause for Justin’s recent downward spiral now making him a house hold name for all the wrong reasons!

Justin’s search for constant publicity, shock headlines and celebrity status has seen him cause a stir across the whole world. Justin has recently been publicly ousted by a prostitute claiming to have shared a steamy night with the young pop star at an extremely high price. A picture of Justin and a pal getting rather close to a woman’s assets has also leaked across the internet. A once baby faced innocent Justin claimed that he believed in no sex before marriage and that he would wait for the right person. Is a prostitute the right person? A DUI charge has also been brought to the attention of the public and the most recent headline reads that Justin caused a stir in a Starbucks coffee shop causing American basketball player, Blake Griffin to smack Justin for being disrespectful. Due to all these outbursts and, what some may say, disturbing behaviour from the young star, American citizens have now launched a petition to deport Justin with over 240,000 signatures to date. Would you sign it?

Moving onto our very own X Factor 2012 champ, James Arthur. James Arthur won over the hearts of the British public with his raw gritty vocals and exceptional talent on the X Factor. James delivered show stopping performances week after week resulting in him receiving the 2012 crown for the most popular talent show on our television. With alot to prove in the industry, fans and the public were excited to hear what James had to offer in the form of a new single and a debut album. Sadly a celebrity reputation and status seems to be more important to James instead of a reputation built on talent and record sales.

In November 2013 the X Factor champ caused a stir and created headlines for his homophobic lyrics in a rap diss aimed at Micky Worthless. (Micky who?). James publicly battled with comedians Frankie Boyle, Matt Lucas and singer Lucy Spraggan on Twitter regarding the unacceptable lyrics. This would be the start of many negative headlines and Twitter spats to come. James’ most recent twitter spat has taken place with Glamour Model, Teddy Edwards. The Glamour Model released screen shots of text messages that were allegedly sent from James. The messages showed a vile side to James after the model declined his request of a night together. The 25 year old singer also grabbed the spot light for calling his ex, Rita Ora a s**t in a recent freestyle. With only one album on the shelves and only one number one under his belt is James destroying his career as an artist before it has even begun? Is he sacrificing a long career as an artist for a short lived career as a celebrity?

Other artists, or should I say celebrities, that may fall under this looed act are the likes of Chris Brown and Miley Cyrus. Chris Brown has had numerous court cases, a stint in rehab, leaked pictures and an album release date which has been pushed back more times than we care to remember. Miley Cyrus on the other hand is the only one who seems to have her head slightly screwed on. You maybe be thinking…Miley, really? But yes, Miley Cyrus is yet to release a leaked image of her private parts, to start a stint in rehab or to be charged for petty crimes. Miley may cause a stir in videos and performances but all headlines are relevant and are part of creating an exciting, long lasting and credible career as a music artist! It’s working isn’t it?

We have all witnessed first hand careers go south for the price of fame. Britney Spears and Lindsay Lohan are both great examples to show that a career as a celebrity is not long lasting. You will lose respect from the industries most important people causing jobs and sales to decrease. Focus on your talent and worry about the fame after. If you have the talent then everything else is irrelevant, take Adele for example. With millions of record sales and numerous awards but not an ounce of celebrity publicity. Adele has a long lasting career ahead of her because she uses her talent to sell. Not a celebrity status!

With so many talented and unappreciated artists out there why is a celebrity status and reputation more important to some of the most well known music names in the business? Its a shame to witness such great talent take a beating for the price of fame!

So how much would you pay for fame? Is your talent, dignity and human rights worth it? Let us know in the comments below and make sure you follow @Flavourmag on twitter.