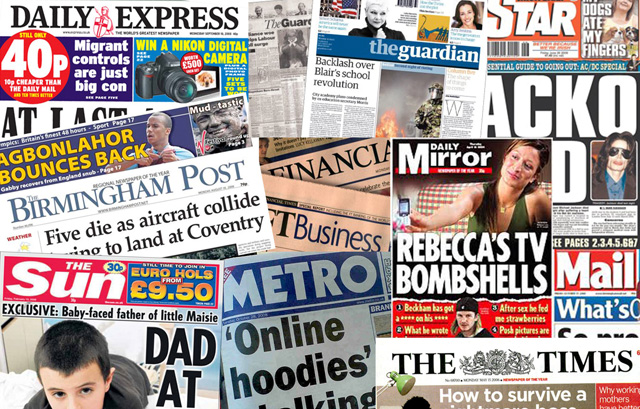 Recently I was approached by the showbiz editor of a very popular and well-known UK newspaper regarding my pieces of work for Flavourmag. This got me thinking…what is worth sacrificing for a career, your name in lights or 15 minutes of fame?

I was approached via twitter and asked for my email address, once my email address was exchanged I received praises for my articles and interviews that I had put together for Flavourmag. I was then asked if I was interested in putting some exclusive pieces together for their newspaper. Based on the name of the newspaper and its high popularity, as you can image, I was over the moon and full of excitement. Unfortunately that feeling did not last for long. It was soon brought to my attention that this showbiz editor was only interested in one thing. My friendship with a celebrity.

I was asked if I would be interested in creating some exclusive pieces for their newspaper using private information that is not known to the public. Exclusive story lines, private information about famous colleagues and private information about my friend. This would have involved me playing detective and betraying a trust between a friend, their family and my loved ones. I was enticed by form of payment based on article popularity only! Of course I declined their offer but suggested a discussion around music articles and interviews. As I’m sure you can all guess my suggestion was quickly discarded and ignored with no reply. Would you betray a friend for your career?

This moves me onto other forms of betrayal or heartless acts, in this business, just to receive your name in lights or that 15 minutes of fame that so many desperately crave. We have come across so many girls that are happy to sleep with famous faces just so they can simply sell the story after for some cash and a tiny piece of fame. Does it really bring you fame though? Is selling yourself or others short really worth the fame? The fame is not respected fame and will never last. Even if you are a young girl who fell for the charm of a famous face and didn’t think or know that you was doing anything wrong, selling the story after will just bring fame which is built on hate from the public. Not respected and well earn’t fame. We all witnessed the sort of fame Rebecca Loos received after her infamous David Beckham affair allegation. This is not a career! Is fame really worth betrayal and heartache to another human being?

Now a days it is so easy 2 be famous for just simply being famous. Take the likes of the Kardashians, Paris Hilton, Big Brother contestants and Reality stars in general. Even though many may disagree with me, at least these stars work for their fame. A Reality show is so highly scripted these days they could almost be taken as actors. Many of these stars have created and run their own shops, clothing lines and business’ off the back of their fame. Surely this is a route more respected (by some) than simply just selling your sole for fame!

If you had asked my generation of children what we wanted to be when we grew up we would have replied with answers like A Doctor, A Fireman, A Singer, An Actor, A Footballer etc. Now a days a high percentage of children simply reply with the answer FAMOUS! These may be the type of children that grow up with the outlook on life that they will do ANYTHING and I mean ANYTHING to achieve such a career!  I use the word career very loosely! This is a very disturbing reply to receive from a child. As a nation are we really happy to supply our children with such a disgusting message? I was always taught to work hard for the things I want and that success was earn’t from achievements, not handed to me on plate.

So I will ask again…how much would you sacrifice for your career, your name in lights or 15 minutes of fame?