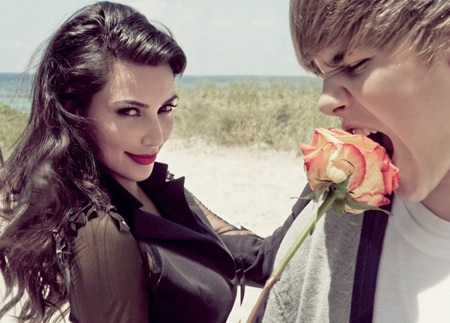 Some people are born with an inner sex appeal that just oozes without them even trying. They effortlessly flirt with everyone they come across and are constantly rewarded with all sorts of life’s benefits. The opposite sex, same sex, even animals seem strangely drawn to these engaging people. What is it they have that most of us don’t?

It use to be the case that we practiced our flirting technique as a necessity to get a partner but now with 1-4 relationships starting online, a lot of people are finding their ability to flirt offline is getting a little rusty.

I’ve been studying what I call the super flirt for a while now, to quantify their techniques down to the very most basic and effective and here’s what I’ve discovered.

1. They are open for business
By this I mean they are always switched on and friendly, when they walk into a room they tend to be noticed because they notice others. They smile and greet people, not just in a party situation, these are they type of people who will greet the bus driver with a smile or reply like an old friend to the shop assistant, they remember if your dog had a cold and will ask you how he’s doing or tell the guy in the gym how big his guns are getting. They stand out as a nice person and someone who you’d like to have a chat with. I put this one to the test in the supermarket, I added a little spring in my step and sway to my hips, smiled at anyone who’s eye I caught, man, woman and child, and generally acted like I had no where to be and time for everyone. Result: I was approached by two men, the first asked me for a recipe for moules marinière after hearing me chat to the fish munger about buying mussels, he was about 50 and totally disheveled but an approach never the less. The second, (I’m not sure if it counts but let’s count it anyway) was in his early twenties and working on the checkout and asked if he could join me for desert after I explained what I was making. Neither of these men were my type but the open chit chat with strangers definitely works.

2. They look into your soul
We know the old chestnut flirting technique of looking in the eyes, looking away. Coy and sexy. But the super flirter holds this gaze much longer, they will look deeply into the eyes of those they talk to as if the person talking is the most interesting in the world, at first a lot of people will find this unnerving as we’re naturally not accustomed to this level of intimacy with strangers, but the super flirter is not self conscious and this hard gaze is what makes them unforgettable. I tried this one yesterday with a policeman, now I don’t recommend getting nicked to test this one, but as I found myself pulled over for making a right turn on Chelsea Embankment somewhere I shouldn’t I thought I’d super flirt it up. I gazed apologetically and unwaveringly into the coppers eyes. I listened to him attentively and only injected to say how sorry I was and confused I had been. I can’t say if this was the reason I got away with only a stern word and no fine, but I will definitely be making use of the gaze in the future.

3. They are intimate
The eye contact is taken up a notch with physical contact by the super flirt who will touch people often, without them feeling their space is being invaded. The Super Flirt is helpful and affectionate, they will fix an unruly hair or turn down a collar of the person they’re flirting with. They give a compliment with it that just makes their target swoon and become putty in their hands. I gave this one a shot at the weekend. I was hosting an event and felt it would be fair if the venue gave me a free meal. I asked the manager in my normal business tone and was turned down flat as he said the owner wouldn’t like it bla bla bla. So later I asked again with the eye of a flirt, I approached the manager and told him how happy I had been with the the fantastic service, I then touched him on both arms gently and asked if I could eat now. 10 minutes later myself and the team were enjoying a fantastic free dinner. Maybe it was because the owner had left by now but I think the compliment and physical contact made me somewhat harder to refuse.

Give these three easy steps a shot this week and let me know if super flirting pays off for you. @gaiabeck