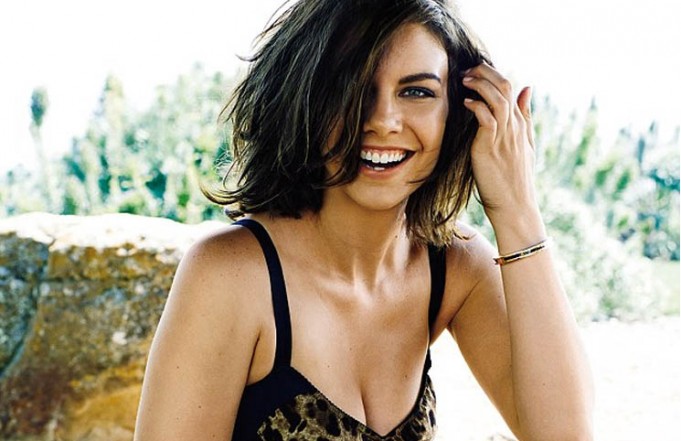 Lauren Cohan is usually kicking zombie butt in the hit TV series The Walking Dead, however if you are a fan of ye olde classy lads mags like GQ, FHM and Maxim etc, then you will have seen that even though Lauren looks very girl next door in The Walking Dead, when it comes to photo shoots, she fully embraces her wild side and let’s loose in front of the cameras.

With nearly half a million followers on instagram and over half a million on twitter, we decided to transcribed her how to date me feature. So get your pens ready girls and boys, its time to start taking notes.

What was your first date?

My first ever date was sharing a school bus home and getting kissed at the bus stop. It’s hard to top the romance of that.

What was your second best date?

My second best date was in a cinema and before he kissed me, he had eaten a bunch of sweets so he put sugar all of my face, which was less romantic lol.

Your thoughts on the lady paying the bill on the first date?

I’m really old fashioned, I think a guy should pick you up and pay for dinner etc, I’m a really generous person, but I like tradition. I think it’s nice.

Is it ok for women to ask a man on a first date?

I’m a big believer in, if he is into you, he will not keep it a secret, so I don’t chase anything. I just let the universe show itself to me.

Who would be the best person to date from the Walking Dead?

I’m probably biased but I would say the best character would be Steven Yeun because he plays my husband and he is also the funniest and I think that is the most important thing about a date. I don’t need serious conversation if I have spent an evening not talking about much, but I have laughed a lot. It’s golden.

And as stated above, here are a few images from the sexy photo shoots Lauren has done. In February Lauren Cohan wore this for her Maxim shoot. She then wore this for her shoot with Esquire Magazine. And take a look at this gallery of the HOTTEST Lauren Cohan photos EVER!