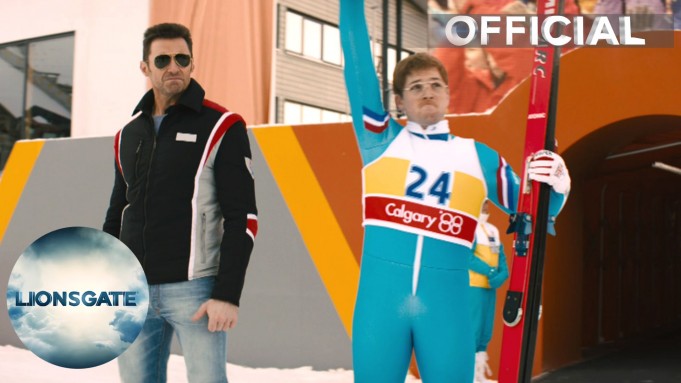 Based on the real life story of one of Britain’s most loved Olympians, Eddie ‘The Eagle’ Edwards who against all odd’s did whatever it took to become an olympian gets its first hilarious new trailer.

Eddie the Eagle follows the realisation of the childhood dream of Michael Edwards (a.k.a Eddie), and his unflinching determination to become Great Britain’s first Olympic ski-jumper. Reluctantly aided by former ski-jumper Bronson Peary as his coach, Eddie is unwavering in his quest to reach the 1988 Calgary Winter Games. Eddie the Eagle is an uplifting, inspirational story that celebrates human spirit, passion, and one man’s refusal to accept defeat. Eddie The Eagle is out in UK Cinemas 1st April 2016