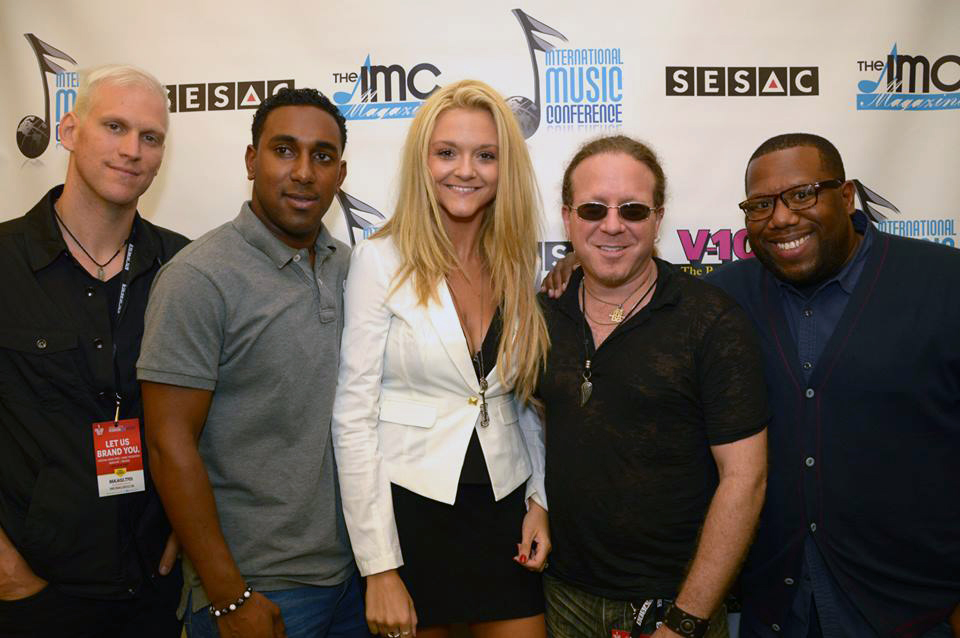 In the middle of September’s jam-packed month of major music events happening in Atlanta, the International Music Conference made its triumphant third annual return last week to the South’s capital music city. With attendees from numerous U.S. states and the UK, many of the music industry’s most prominent trendsetters, alongside several hundred estimated in attendance, gathered for five days of showcases, panel discussions, workshops, feedback sessions and networking.

Kicking everything off was the “Welcome to Atlanta” Meet & Greet Mixer, held at Midtown’s Aurum Lounge. The private, invite only mixer opened up exceptional dialogue that continued throughout the week during the IMC’s popular new music showcases at Harlem Nights Ultra Lounge and a full day of breakout sessions at the Georgian Terrace hotel. The conference concluded with many thanks, well wishes and last minute business on Sunday morning with a Farewell Brunch for speakers, special guests and sponsors.

On the evening of day three, eight music acts were given the opportunity to perform for a panel of experts including, GRAMMY award-winning producer, Jon Jon Traxx, Vicki Mack Lataillade (GospoCentric, Mack Records), Rocky Bivens (Entertainment Executive/Manager), Hurricane Dave (Radio One) and Ron “Tricky” Montgomery (Music/Entertainment Executive) for the Artist Showcase. Singer Mylah was the showcase’s winner and will be awarded one-on-one meetings with key players at both Atlantic and Columbia Records.

The IMC welcomed SESAC as its platinum sponsor this year, with additional support from brands such as Gentleman Jack and Guitar Center, among many others. Additionally, key media support came from Atlanta’s V-103 (WVEE/103.3FM).

After an amazing turnout and overwhelming postive feedback, the IMC has cemented its place as one of the premier music conference’s in the country, anticipating an even bigger event for 2014!