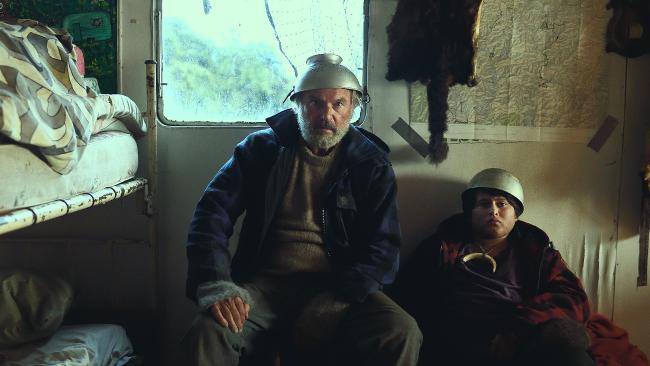 As December approaches, selections of the top film releases of the year begin to surface. Ever since it’s theatrical release, Hunt For The Wilderpeople has been the talk of the town and no doubt will be high up on lists of critics and audiences alike.

The film hails from New Zealand’s Taika Waititi, director of mockumentary horror comedy, What We Do In The Shadows, and his quirky off-beat style makes Hunt For The Wilderpeople a film like no other this year, or in fact, in many years.

Essentially a buddy movie, the film follows delinquent 13-year-old Ricky Baker (Julian Dennison) as he’s given a home with the only person in New Zealand that will take him from social services, the spritely, sweet, and slightly overbearing Bella. Ricky’s described as a ‘bad egg’ after spending his time kicking stuff, throwing stuff, defacing stuff etc. But when lumped with ‘Uncle’ Hector, we see he’s not a bad kid. He’s mischievous, a little clueless, and just hasn’t really been given the time of day before.

Unfortunate circumstances land Ricky and Bella’s husband, grumpy dismissive Hector (Sam Neill), stranded in the bush. Ricky’s inability to listen and lack of common survival tactics mean Hector has no choice but to try and make a connection with his foster son.

It’s not a set-up that’s just thrown together. It’s clever and feels real. Ricky is the type of kid that disaster follows. That doesn’t stop him being super confident, cocky and sharp-witted, if not a little on the naive and clueless side. Julian embodies this little character and is a true pleasure to watch. Sam Neill melts into his role as Hector, this not being his first time as a grumpy man who ends up being thrown into a dangerous situation with kids he hates (see Jurassic Park). But this performance has a lot more sentiment. It’s more careful, and it’s subtle yet gruff.

The comedy shines through in every single character, a particular highlight being a director cameo from Taiki Waititi as a minister. All the characters share an off-beat Kiwi humour but are distinct within their own personalities.

The style is wonderful, a certain essence of Wes Anderson without the strictness. It’s full of charm and while it can feel like an adaptation of a kids book’, especially with the chapters appearing on screen, the film is adult in many ways.

It’s fun and bubbly but with a dry, dry humour. The soundtrack mixes all kinds of eclectic styles which works better than a score would as it provides a complement to the edgy personality of the film as a whole.

It’s obvious to see why this film was lauded by so many. For a comedy, it brings something completely new to the table: smart, quick humour that sticks with you (note the ‘Caucasian’ quip). And for those that maybe the humour doesn’t quite reach, it’s a warming, fun and playful tale of making friends but more importantly family. Unmissable.

HUNT FOR THE WILDERPEOPLE is released on EST from 9th December, VOD from 16th December and is available to own on DVD & Blu-Ray on 16th January.