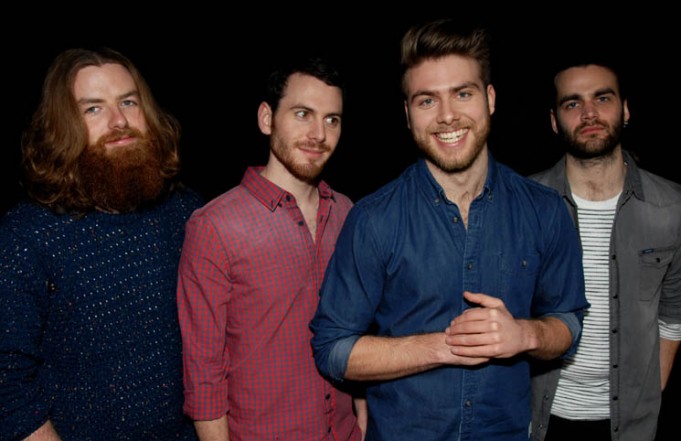 Hunter & the Bear may have been compared to every folk-rock band going, but critics have always made it clear that the quartet have that little something special that makes them stand out.

Their inspiration comes from artists such as, The Band, Dire Straits and Bruce Springsteen, Will Irvine and Jimmy Hunter started writing and performing as a duo, with Jimmy playing lead guitar, mandolin and backing vocals, whilst beside him Will on rhythm guitar and singing vocals. The band started off in Newcastle where they both studied at University and then moved on to London in 2012 to bring their dreams to a reality. Gareth Thompson on drums and Chris Clark, bass, this completed the line up in 2014 to bring a live set up not worth missing. Having gardened universal praise for their Jamie Bell (Metronomy, Richard Ashcroft, The Rifles) produced their EP ‘Dusty Road’ last year, the group are excited to announce the release of their brand new EP, preceded by single ‘Pick Me Up’ which is out now and you can have a listen on sound cloud: https://soundcloud.com/hunter-and-the-bear/sets/before-i-come-home/s-PG8x0

Last year saw the band performing at the Hard Rock Calling festival alongside the legend Bruce Springsteen and at Troon and Conbury Festivals, also selling out two headline shows at the Islington Academy o2 and the Borderline. This year has already seen them join Eric Clapton on his UK tour, plus T in the park and Lamar Tree festival performances with string of dates to be announced.

They have been hotly tipped by BBC Radio 2 and Music Week as the ‘Ones to Watch’, Hunter and the Bear are hitting the road this summer armed with aptly titled upcoming EP ‘Before I Come Home’. The summer of 2014 is set to see Hunter & the Bear capitalize on their already impressive live reputation.

Previous music video for single ‘Pick Me Up’