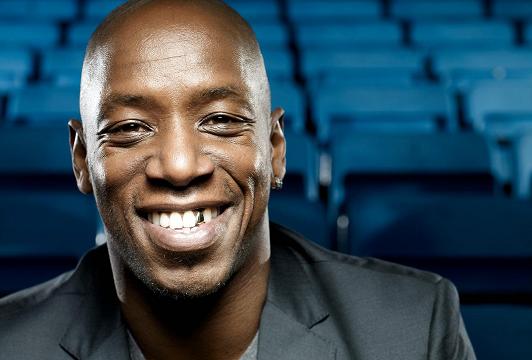 Public concern regarding issues such as anti-social behaviour, gang culture and knife crime continues to grow, and with over 70% of offenders aged 18-20 years old re-offending within a two year period post release.

In Football Behind Bars, starting Monday 7th September at 10pm, exclusive to Sky1 HD and Sky1, former professional footballer and young offender Ian Wright is on a personal mission to try and break this cycle.

Across the six part series, Football Behind Bars will show what life is like inside for young offenders at Portland Young Offenders Institution, and will follow Ian’s work helping them create and participate in their own football academy.

Armed with his own personal motivation of tackling adversity to change his own wayward path, Ian Wright hopes to use football as a way of instilling in the young offenders a sense of pride, achievement and motivation towards a better future. Trials, open to all inmates, will select a squad of 24 who will make up the first wave of the new football academy. Discipline and hard work are then essential if the offenders are to keep their squad place, as weekly assessments with Ian take place, culminating in an exhibition match at the end of the series.

Fitting in with the institution’s exercise schedule, trainers, physios and sports psychologists will work alongside the prison’s own Physical Education team, headed up by Barry Clark. As well as nurturing footballing talent, the series will also show how essential life skills such as organisation, anger management, communication, trust and team work play in the rehabilitation and social integration into society of young offenders on their release.