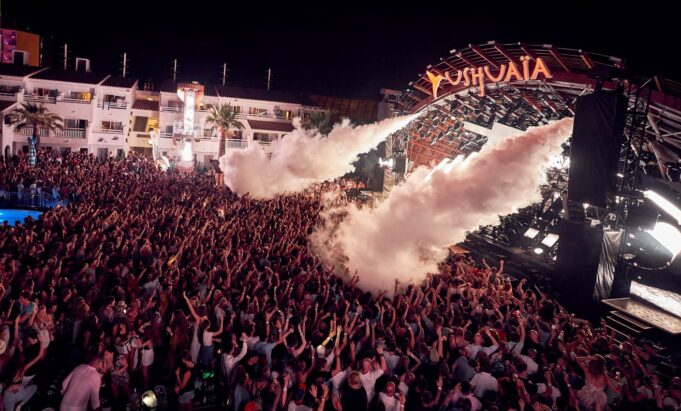 Ibiza is widely regarded as the clubbing capital of the world. More than a million people descend upon the White Isle each year, and for some, they’re interested in just one thing – hitting the best clubs.

The names are legendary – think Space, Amnesia, Pacha; think Carl Cox, Sasha and Paul Oakenfold. But there’s a new contender that’s giving Ibiza a run for its money. Croatia has quickly developed a great reputation as a hot destination for music lovers. The country has an enviable line-up of festivals that pull in the crowds, with Ultra Europe in Split among the most notable.

We’re going to take a look at how these two musical powerhouses match up, and what you need to know if you’re planning a break to either of them. You’ll have plenty of options, whether you opt for a package holiday in Croatia or your own private villa in Ibiza. Either way, you’re in for a memorable trip!

First up, think about the type of holiday you want. If you’d rather stay in one spot, Ibiza is a great destination because the island is small (just 30 miles long and 15 wide), so getting around to all the best places is easy. Not only that, Ibiza’s best clubs are mainly concentrated between San Antonio and Ibiza Town, so pick one as your base and you’re ready to hit the clubs!

Croatia’s festivals are held all over the country. Many of them are staged on Croatia’s beautiful coastline, such as Outlook, Sonus and Defected, while others are held in the capital, Zagreb, such as INMusic, so you can see a lot of the country while you’re heading from festival to festival. It is possible to spend two consecutive long weekends at two different festival locations with some downtime in between and after if you spend two weeks away – July and August are packed full of events.

If you’re after beautiful sandy beaches, there’s only winner here: Ibiza. The island has some of the best in the Med, and more than its fair share of quiet beaches should you want some relaxation after all that partying. The small island of Formentera, just 20 miles south of Ibiza (it’s a 35-minute ferry ride), is a great destination if you’re after relaxed beaches and a chance to chill. 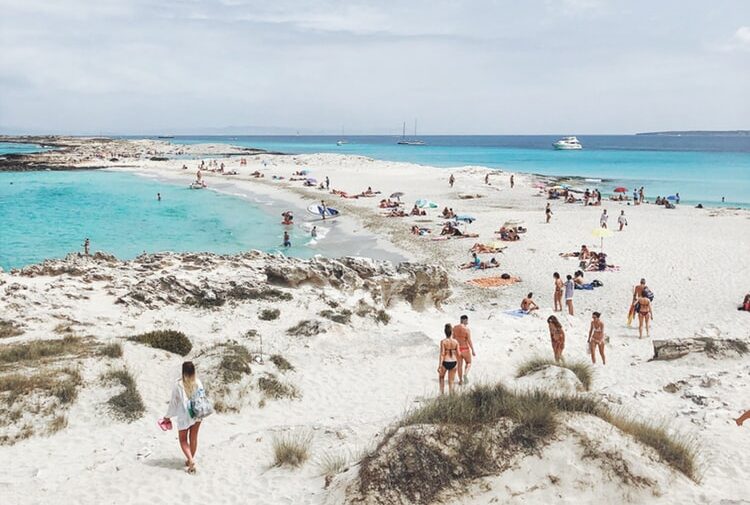 In stark contrast, there are just a handful of sandy beaches in the whole of Croatia! The majority are pebble beaches but are still stunning places to spend time, so as long as you don’t crave soft white sand, you’ll have plenty of choices. Not only that, the Adriatic has some of the clearest, most beautiful water you’ll find. And there are more than 1,200 Croatian islands to explore – try Lopud, an hour’s ferry ride from Dubrovnik, with its delightful promenade and stunning views, or head for Veliki Brijun in the north, packed with forests, lush countryside and quiet coves.

The price is right

The one downside to an Ibiza holiday is cost. Spending time on this gorgeous island doesn’t come cheap. Tickets to the hottest clubs will cost you at least £50, and sometimes nearly double that. And once you’re inside, a beer will set you back £10, and a spirit and mixer closer to £15 – your bar bill adds up quickly! The euro is strong against the pound at the moment, too, so you’ll need to budget carefully unless money is no object.

It’s the opposite in Croatia. The currency here is the kuna, and it goes a long way. Food and drinks are much cheaper; expect to pay less than £2 for a beer, and about £7-£8 for a meal in a restaurant – you’d be lucky to nab a starter in Ibiza for that! Festival ticket prices work out cheaper, too, given that most are at least three days long. For example, a ticket to 2020’s Defected Festival costs £199 but lasts for seven days!

When it comes to food, Ibiza is a great destination. It’s so much more than some Spanish coastal destinations – here you’ll find top-quality restaurants, and a huge variety of cuisines, too. Some people come to Ibiza for the food alone, which is a testament to its quality.

Croatian cuisine is more about local favourites and specialities, but there’s a strong Italian influence, too. For example, black risotto made with squid or cuttlefish ink features regularly, as does brodetto, a fish stew from the Marche region of Italy, and delicious charcuterie often pops up on menus.

Looking for somewhere glam to stay while you’re on holiday? Look no further than Ibiza. You can stay just outside the two main towns in your very own villa, so you get the best of both worlds – a quiet place to stay but you’ll just be minutes from the action. Or go for it and stay in a high-end hotel in Ibiza Town or San Antonio, where you’ll have the best clubs, bars and restaurants on your doorstep. You’ll find five-star accommodation in Croatia, too, but in general, there’s a wider choice across the board, with plenty of budget options. There’s also a strong guest-house culture in the country, where you’ll share your lodgings with the owner – and this is usually a good-value option.

Croatia has numerous campsites dotted along its west coast, with plenty in the Pula area – all perfect places to chill out in either between festivals or while you’re enjoying one. This is a very economical way of spending time in another country, and in July and August, temperatures in Croatia are close to 30˚C, so you’ll be warm enough despite not having a roof over your head. There are campsites in Ibiza, one in Cala Bassa and the other in the North East at Cala Nova too, so if you’re keen to save up for your big nights out, camping is the way to do it.

The choice is yours! Both Ibiza and Croatia offer plenty of riches for music lovers. Ibiza is somewhere any clubber should visit at least once in their life, but equally, Croatia is the hot festival venue right now. Whichever you decide, you’ll have a memorable trip!