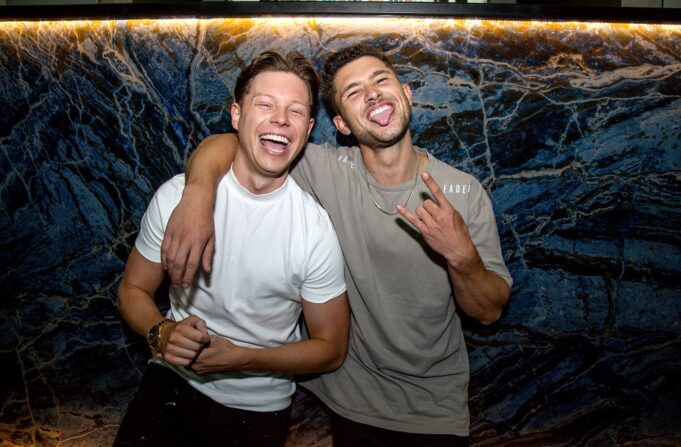 Having met five years ago at a boat party in Zante, Davies and Cridland have DJ’d in clubbing hotspots all over Europe. But the journey from reality TV star to music producer wasn’t an easy one.

Talking about his journey, Jordan said “It was tough. When I first started 4/5 years ago, I used to get thousands of abusive messages, daily, to the point where I was like, do I even continue this, as it was a lot to take. But I love music; it’s always been a passion of mine and I didn’t wanna let the abusive comments stop my dream.”

Jordan premiered the new track on raised platforms 100ft in the air over Greenwich at London In The Sky.  The exclusive event was attended by guests including Davies’ girlfriend and co-star, Isobel Mills, and Love Island stars Shaughna Phillips and Michael Griffiths.

With the return of live music and festivals, ‘Undercover’ is set to be the tune of the summer.