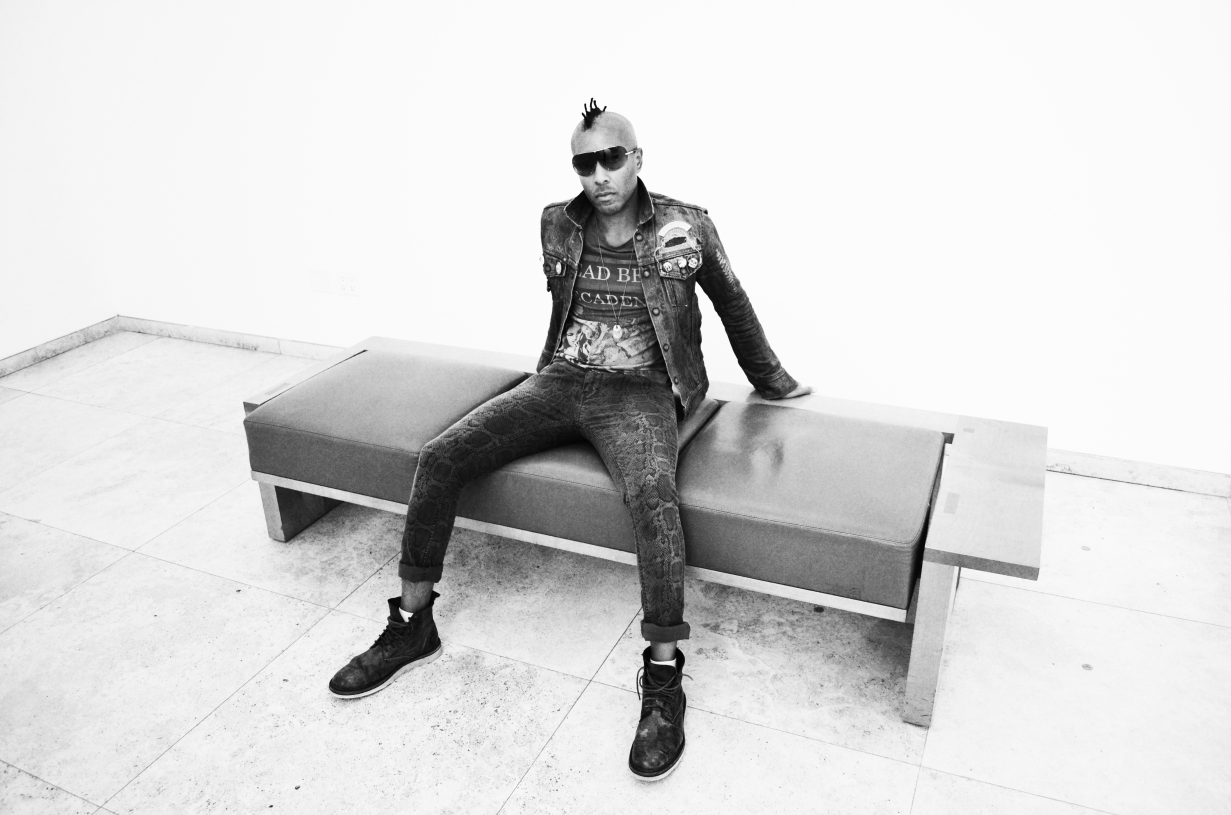 All too often we can get ourselves caught in the world of the formulaic when it comes to music. It can be like an incessant stupor of music that never surprises, never stimulates never shocks-how boring!

We need a shake up once in a while to have our basal ganglia screaming what the f~*K is that!

Ok so here is the shake-up with the esoterically named IKIL ORIION who brings a rock sound to the masses straight from his home town of New Orleans……that’s right New Orleans the home of jazz and funk. Surprised but don’t be because while it sounds like rock and jazz are as different as opera and some dirty dub-step New Orleans was hugely influential to bands like the Rolling Stones as IKIL details eloquently.

He takes that history, adds a different spin to the genre of rock using his extensive travels to places like Japan and Brazil bringing rock that possesses bags of 2012 attitude, bags of freshness, stimulation and most importantly bags of IKIL’s passion to bring something new to a young audience-ya ready?!

Who found who-music found you or you found music?

Well for me music found me really because growing up in New Orleans music was everywhere you are immersed in music. For me I was immersed in old skool hip-hop through to RnB which then led me to develop my own style and have a love for rock.

Where did the love for rock come from ?

Well it came from artists like the Clash, Led Zepplin, The Sex Pistols and ironically enough it just happens that many of the bands come from the UK- so when I got into music I always wanted to do stuff that had sustainability but I have always had an ear for those that embrace the art.

You come from New Orleans but rock initially seems far from the history of New Orleans which is steeped in jazz and funk-how has New Orleans affected your musical path?

It’s interesting you mention that because of course musically it has impacted me in so many ways in terms of jazz and funk music where that type of music comes from. Interestingly enough however a lot of those influences are incorporated in the stuff I do even though my music is more rock but you still hear some of these sensibilities in the music that I do. As an individual however I wanted to showcase a different side of New Orleans with rock-I think this type of music has been overshadowed by the funk and jazz.

Have there been any negative reactions to your choice of music?

That is a good question because it has been problematic in some respects for people -it is different, bold and right in your face music-it is rock with a twist.

Interestingly enough I had another name for the album but the universe has a funny way of messing things up and changing things up so when the album was done the name we had just did not fit. Paranoise Void is basically an album that talks about there being a huge void for the type of music that I am doing-there has not been an Afro-American rock artists to come out in a long time.

An Eon is something that goes on for ever and X19 is something un-explainable. The next album is going to be an extension of Paranoise Void you are going to get more dub-step, more electronica and other elements to keep the rock music fresh and ahead of its time.

Next album will drop when?

Well I want to get things right because I think that this record is a big big record and it is a testimony and so I want to do things properly. I do think however that Paranoise Void and EONX19 are like pairs and so the follow up album needs to follow closely. Paranoise is a great introduction EON allows you to understand where I am coming from.