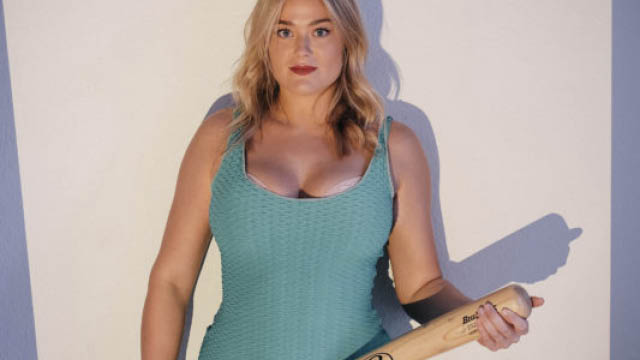 On a solo trip to Costa Rica, the unimaginable happened to Scandinavian activist Amalie Have. After a night out partying she came back to her hostel where she stayed in a tent and a gentleman who she had met at the party came in and raped her.

The series of events went quite quickly and soon after she took him to court and wrote about her ordeal refusing to keep silent on rape. How can the dress she was wearing the night she was raped, be her favourite one? And why is she still wearing it, even though it’s starting to tear and carries such a heavy story? Amaile Have shares her story with Flavourmag.

Surviving rape is one of the most traumatic things a person can experience – besides from being killed. I know it sounds morbid – but in some ways being killed is less painful, because you don’t have to deal with trauma afterwards – you’re already long gone.

As some of you know, I was raped back in December 2014, during some solo traveling in Costa Rica. Back then I ran a travel blog, where I posted the detailed story a couple of days afterwards, because I refused to keep silent. I refused to contribute to feeding a rape culture. I refused to feed into rape being taboo. I refused to feel ashamed – and I really didn’t feel ashamed at any point, which unfortunately is rare for rape survivors. The Dress As A Healing Tool

The night I was raped, I wore this beautiful green bodycon dress, that later has become my favourite one.

You see, before the rape I liked this dress as much as many of my other ones, but after the rape it became a whole different meaning to me.

I could have tossed it, and make the dress a symbol of the rape: “By tossing the dress, I am tossing the experience.”  But I didn’t.

I chose to hold it tighter, to wear it more often, to embrace it even more. I chose to walk, to dance and to drink beers wearing it, just like I had done the night I was raped.

I know that the rape had nothing to do with me, how many beers I had been drinking or what I was wearing. I know that it wasn’t this dress that caused a fucked up man’s actions.  I cannot say this loud enough: Rape only occurs because of rapists.

It has been my way of reclaiming my body, and I have even become even more body confident after the rape. I know I am lucky. My rape was not “in the heavy end”. I wasn’t gang raped, I didn’t get HIV or got pregnant, he didn’t use weapons against me, nor he didn’t try to kill me afterwards.

I’m lucky in other ways as well. I have a bad-ass mentality. Not only was I able to go through the trial for his conviction, keeping calm when he was deemed innocent despite the clear video evidence, to write and share the story shortly after it happened, I was also able to be back out travelling the world only a month later. And I’m still winning. The rape happened in a tent, and this summer, I was able to sleep in tent again. That is f**king badass!

I feel obligated to speak, because I am lucky to have been able to recover fast and act on my anger and fears, but mostly because I can.

So many women around the world, don’t have the opportunity to fight back. These women are subject to rape everyday, and are living in countries, where rape is not treated as a serious act.

Before we can find a solution, we must recognise the problem. And this is one of the biggest humanitarian crises in the human history – men who are freely using their bodies as weapons against other people.

Let’s talk. I’m ready when you are. Instagram: @scandinaviandreamgurl