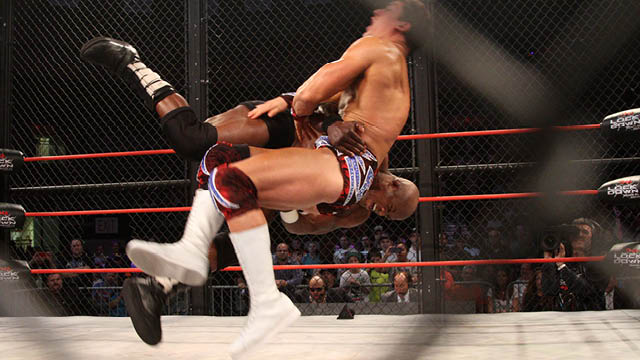 Flavourmag has learned today that on Friday nights starting this Spring, IMPACT Wrestling will now be available on Spike UK: Sky TV (160), Freeview (31), Freesat (141), Virgin Media (154) and other platforms.

Since IMPACT Wrestling departed from it’s long time home of Challenge TV earlier in the year, wrestling fans have been eager to watch the same pro wrestling action as is available in the States.

New episodes of IMPACT Wrestling will premiere on Friday nights, quenching the appetite of UK fans to view IMPACT Wrestling within hours of the US premiere broadcast. This is positive news for IMPACT Wrestling who regularly tour the UK and perform their brand of sports entertainment in venues such as London’s Wembley Arena. The group also boasts some of the sports biggest names, such as Bobby Lashley.

Anna-Belen Dunlop and Kris Graham, Acquisitions and Channel Managers of Spike UK, added: “We are excited that Spike will be the new exclusive home of IMPACT Wrestling in the UK With Anthem’s new leadership and founder Jeff Jarrett back, this is a watershed moment for the franchise, which is a perfect fit for our Spike audience.”

We look forward to bringing Flavourmag readers some exclusive pro wrestling chats in the coming weeks and months.