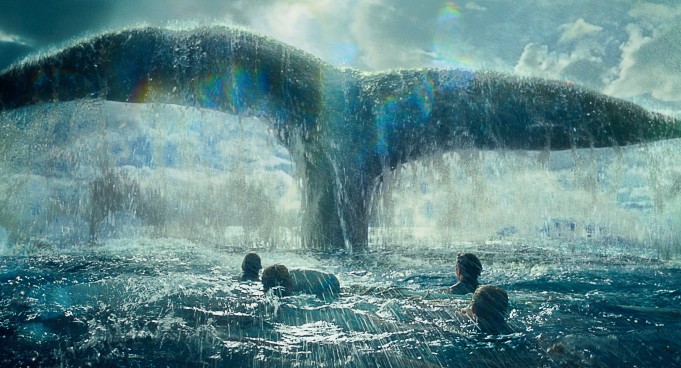 If you’re looking for a version of Moby Dick you won’t find it in In The Heart of the Sea, this action adventure, based on the bestselling book from Nathaniel Philbrick’s true tale of the journey of the Essex in 1820 is only the foundation that paved the way for the classic tale.

Narration is a big part of In The Heart of the Sea, the story being told by one of the Essex’s young seaman, Tom Nickerson, who in his adulthood is played by Brendan Gleeson, dealing with his own demons he has never been able to talk about the adventure but with pressure from his wife and a need for money he reluctantly opens up to one man, novelist Herman Melville (Ben Whishaw), to tell the tale of his horrific youth onboard the ill-fated Essex.

Chris Hemsworth takes the helm as the veteran first mate of the Essex, Owen Chase, paired alongside inexperienced Captain George Pollard (Benjamin Walker), the relationship between the two men is a struggle. Chase is a proud man and believes he should be Captain but has to endure the pompous and covetous attitude of Pollard not just for the sake of his wife (played by Charlotte Riley) and unborn child but for his love of the sea and whaling in particular. With a contract in writing to promise if he delivers a large amount of whale oil on his return, he will make Captain of the next adventure. With the first twenty minutes, it’s an uphill struggle to fully get to grips with this film, it’s slow and arduous, you will find your mind wondering. Nothing of any real note happens as it builds on the character of Chase and what makes the man tick. You may find yourself willing for the film to really get started.  However, no sooner as the ship sets sail the action soon follows, the first whale caught see’s a very gruesome scene of the crew hacking and chopping the beast down to extract its oil and the young Tom (Tom Holland) is sent into the very core of the whale to drain out the very last drops of its oil. This certainly isn’t good for those with a weak stomach; it should come with a warning. It may also see Animal Rights activists become agitated seeing these poor defenceless creatures being hunted and killed so ruthlessly.

This is just a small part of the film; the core of this adaptation follows the surviving crew members after the Essex is completely destroyed by a mammoth sized whale, which seems to be out for vengeance against the men. As they drift the endless sea in the hope of being rescued they endure the toughest of storms to blistering heat and when starvation kicks in they are pushed to their very limits when crew members start to die and cannibalism sets in, testing their own moral values all in the need to survive. Director, Ron Howard hasn’t really built a connection with any of the characters, even with the stellar cast there doesn’t seem to be any bond to its audience, accept from the young and old Tom Nickerson.

In The Heart of the Sea is out in Cinema 26th December.