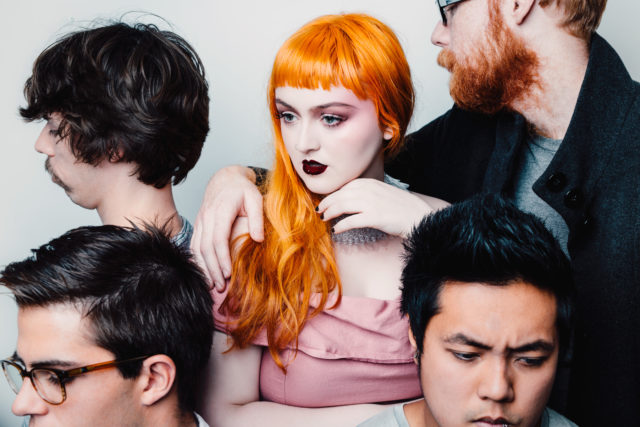 Sydney indie-soul outfit Levingstone are back with a pulsing new single rich with their trademark combination of lush harmony, groove and imagery – titled “Ritual,” from their upcoming EP Overland.

The tune has been described by the band as “a song about death that you could dance to” and with it’s punchy rhythm and driving melodies, it certainly casts a shimmering light on the subject.

Recorded at The Grove Studios with Chris Jackson and mastered by Kelly Hibbert (Little Dragon, Hiatus Kaiyote, New Venusians), the song explores death as part of the cycle of living, and is both personal and uplifting.

It also heralds the expansion of the five piece’s sound to include a golden horn section that dances over the tight groove, with layers of synth and guitar framing the almost playful vocals.

“We’re so scared of talking about dying,” says lead singer Sammii Su. “I’ve always had a macabre fascination – but a recent event suddenly made it very ugly and real. So this song is a way of reframing, trying to sing myself away from fear.” she said.

Levingstone will be releasing a videoclip for Ritual in the coming weeks, as well as announcing a run of shows to coincide with the release of their new EP in November.