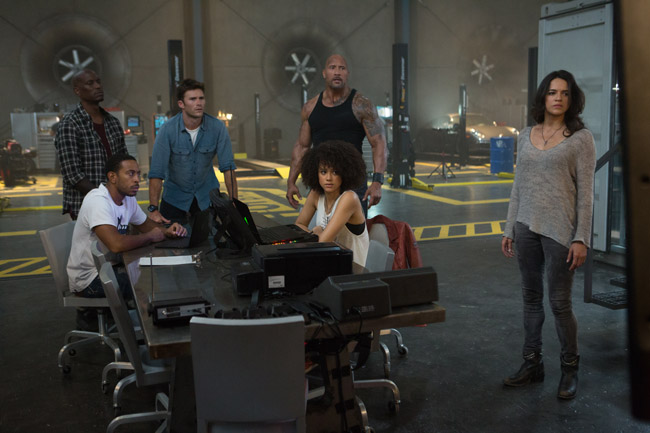 As ever the family, or even the divided family return bigger, bolder and as insane as ever with a brand new trailer for Fast and Furious 8.

This time with a female villain in the form of Charlize Theron this franchise yet again delivers in the trailer an epic spectacle of fast car chases, unthinkable stunts and hilarious encounters between Dwayne Johnson and Jason Statham just enough to still keep this fresh and full of entertainment.

Watch the trailer below for yourself.

Now that Dom and Letty are on their honeymoon and Brian and Mia have retired from the game—and the rest of the crew has been exonerated—the globetrotting team has found a semblance of a normal life.  But when a mysterious woman (Oscar® winner Charlize Theron) seduces Dom into the world of crime he can’t seem to escape and a betrayal of those closest to him, they will face trials that will test them as never before.

FAST & FURIOUS 8 IS OUT IN UK CINEMAS WEDNESDAY 12 APRIL.