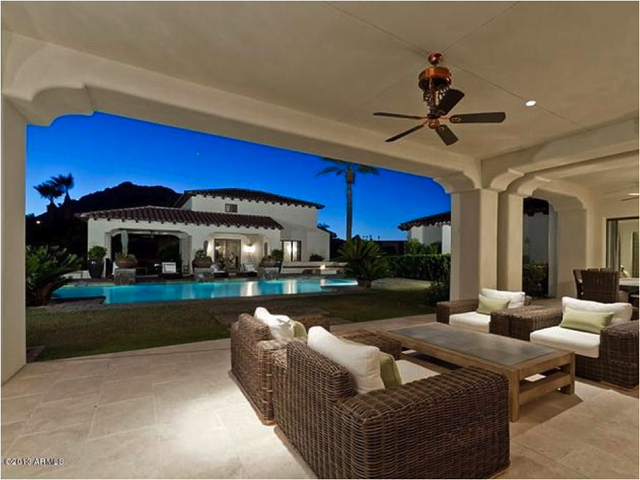 Ever wondered what it looks like in the houses of some of your favourite athletes and actors? Here is a hint: it is luxurious, much cushier than your average bloke’s domicile.

And we’re only highlighting their main casa, not to say anything of the hundred million vacation getaway houses they own in far-flung parts of the globe. So, without further ado, feast your eyes on the digs of some of the men you wish you were.

The greatest hockey player on earth’s home (pictured above) is worth an estimated $3.395 million in Scottsdale, Arizona. Featuring a Spanish-style terracotta tiled roof, this compound has a pool with palm trees around it. Because, why not have palm trees imported to a non-native locale when you can afford it? This home feels like a holiday resort with its exposed wooden beams, luxurious chandeliers, and high ceilings on the interior. What Mr. Diehard bought for a measly $9 million in 2004 is now being valued at a cool $22 million on the market today. For the math-challenged at home, he is looking to pull approximately $13 million in chump change by turning this charming Spanish-esque residence while getting the opportunity to bask in the Beverly Hills splendour for some 10 years. This 1928 built resident features all the hallmarks of a Hollywood home, including arched doorways, a courtyard built to impress, and the pictured beamed ceilings. This picturesque bachelor pad is what you might imagine the artist of the hit song ‘Get Lucky’ resides in. The Miami-based, one man music conglomerate is the proud owner of this tri-level penthouse neatly perched atop Bristol Tower. He might be trying to sell house fast though, seeing as the list price dropped by about $6 million. Listed at almost $11 million, the home includes several amenities like a private elevator (for those times the trip up to the third floor is taxing on the legs), a wraparound balcony, and vistas of the Biscayne Bay from atop the rooftop terrace pictured here. He still may have not won an Oscar, but at least he has this Malibu getaway to return to as a consolation prize. His nearly $19 million oceanfront crib features a main house with four bedrooms, a guesthouse with two rooms, and a loft space.