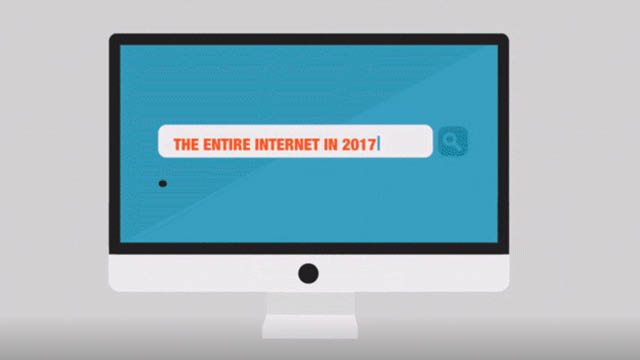 But do these staggering figures mean we’re all using Facebook, Google and Twitter in the same way?

According to Smart Insights, 16-24 years olds across the globe are the most prevalent Internet users, swiftly followed by the 25-34 categories. The most popular choice for the young’ uns includes Kik, Facebook Messenger, Wechat, Instagram and Snapchat whereas the 25-24-year-olds lean more towards Pinterest and above this, it’s mainly Facebook and LinkedIn that are getting a lot of use.

However positive these numbers may look in terms of progression, the Internet is becoming more restricted and oppressed worldwide as time goes on. According to Freedom House, 67% of the total Internet users, ‘live in countries where criticism of the government, military, or ruling family are subject to censorship.’

It’s difficult to imagine this in the UK while we’re laughing at another Jeremy Corbyn gif each day, never with the threat of being punished for it. Freedom House explains that the situation is only going to get worse with governments demanding access to messenger apps such as Whatsapp and Telegram meaning Internet freedom is in its sixth year of decline.

“The increased controls show the importance of social media and online communication for advancing political freedom and social justice,” say Freedom House. “It is no coincidence that the tools at the centre of the current crackdown have been widely used to hold governments accountable and facilitate uncensored conversations. Authorities in several countries have even resorted to shutting down all Internet access at politically contentious times, solely to prevent users from disseminating information through social media and communication apps, with until social, commercial, and humanitarian consequences.”

The guiltiest countries include China, Syria, Russia and Thailand, which means the governments are making a concerted effort to restrict their residents’ internet access. You’re unlikely to be able to access Facebook, Twitter or Whatsapp when political unrest is present, making it difficult to find out exactly what is going on. It is a scary thought to think the enormous worldwide web – so big that if you printed it in its entirety, you could get to the moon and back 107 times – can be taken away from individuals in their own homes. But it is possible and it is happening.