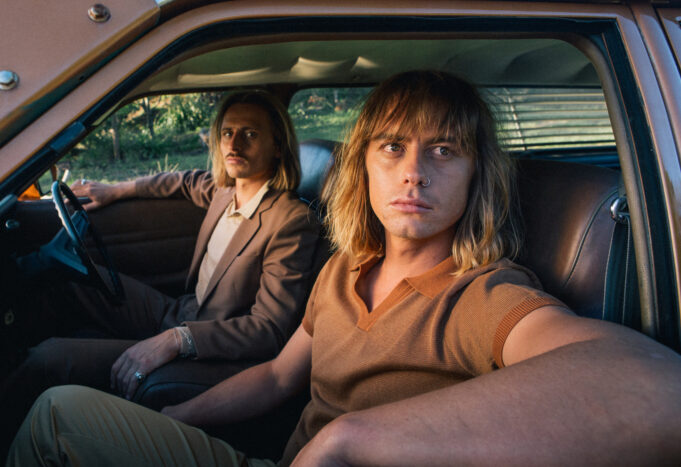 Lime Cordiale release their highly anticipated second album ‘14 Steps To A Better You‘.

Made up of brothers Oli & Louis Leimbach, Lime Cordiale are one of Australia’s most talked-about bands having built up a real cult following over the last couple of years, racking up over 100 million streams, and scoring 4 tracks in the top 40 of Triple J‘s coveted Hottest 100 for 2019.

I chatted with Lime Cordiale about their new single, live shows and musical inspirations.

1. How do you think your new single ‘Screw Loose’ differs from your earliest work?

Our first EP was super weird. Everything being really in-your-face. I think in a way, Screw Loose is a throwback to that style. That was about 8 years ago so a lot has changed but even after 3 EPs and 2 albums, we’ve still managed to keep similar humour and weirdness to our music.

2. Tell us about your new album ’14 Steps To A Better You’. What was the main inspiration behind it?

Opinions and plenty of contradictions. This is our take on society since our first album. We were very adamant that people start pathing their own path, not listening to what society is telling them they need to achieve in life. This second album has the same meaning to a large extend. But if you’re going to go your own way, do something good. Don’t be a waste of space. Be a better you.

3. What track do you hope will be a fan favourite?

4. How different was the process from your first to the second album? Do you have any favourite memories attached to making the album?

We recorded Permanent Vacation over a few different stages, recording 3 songs here and 4 songs there. With 14 Steps To A Better You, we were able to plan out the album from the start and record it as a collection. We definitely finished a few songs before the rest of the album was complete but most of the album was recorded at a family friend’s farm. It’s great recording at a location where you don’t have to think about how long you have in the studio. We recorded all day and night and when you start going a little insane, that’s when the gold starts to come out.

5. Since you first began as Lime Cordiale, how would you say your sound has evolved? Who’re your biggest musical influences?

We started off with a lot of horns and wind instruments. We were always trying to sound as eclectic as possible in the early days. We moved away from that for a while, thinking no one cared for that sound. People in the industry are always telling you to “find your sound” or be “fit for radio”. We spent a few years trying to sound like a “band”. Now we don’t give a shit. It doesn’t help you to try sound like other bands. We only make music that we absolutely froth over.

I remember crawling around our Mum’s feet when she was practising the cello. She then got us playing, recording and reading basic music at about 6. We had a poster on the wall with pictures of instruments and their names. I was always obsessed with the saxophone from an early age and started playing clarinet and saxophone as a kid. Louis did the same with the trumpet. We were surrounded by classical music but The Beatles, Elvis Presley and a lot of World Music were always on the stereo.

7. Do you have any pre-show rituals?

Nick gives us a hype-up speech before we walk out on stage. The main aim of this is to make sure we always appreciate where we are and what we’re doing. If anyone is not in the best mood, this will always make us realise the position we’re in. It’s not just another gig, it’s the greatest gig we’ve ever played.

8. We’ve heard your live shows can get pretty wild, have you ever had any embarrassing on-stage moments?

Louis has a habit of jumping into the audience and losing things. He’s lost microphones and shoes but the worst were his jeans. His jeans already had holes in them and so they were ripped in half pretty quickly. He had to play the rest of the set in his undies.

9. If you weren’t in a band together, what else do you think you’d be doing?

Probably just travelling the world and not doing much. Trying to give back to the community somewhere in need.

10. What would be the theme tune to your life?