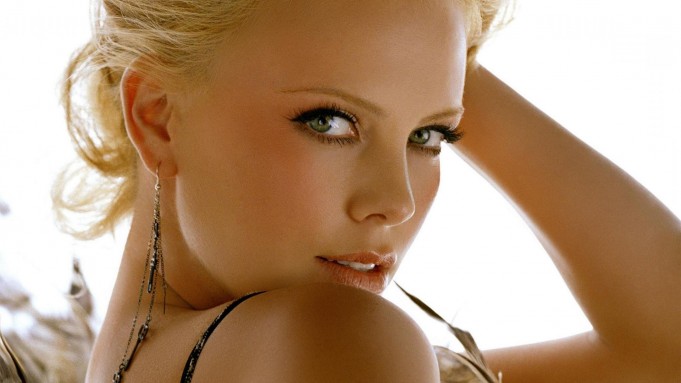 With the release of Dark Places on Blu-Ray and DVD on the 22nd of February, Star of the film Charlize Theron answered a few questions on the film.

Q: What attracted you to this?

CT: Gillian and I were talking about it this morning. It’s really interesting when you write and get to play a woman that is layered and conflicted and has certain human attributes that might not be that attractive, which is part of the human condition, that somehow… I think because we haven’t seen enough of it in cinema, it kind of sticks out like a sore thumb and people comment on it — the way you just did. And you know, what we were talking about is, at the end of the day, they’re really not compartmentalized characteristics; they really are just part of a full human being, and especially a woman. And it’s only, I feel like in the last decade, you know, since cinema in the 70s, that we’ve seen women who are, if not more conflicted than men, kind of resurface, and people are talking about it because there has been such a lack of it. And so I don’t, I can’t say that I’m attracted to ‘angry’, ‘dark’ people. I think what I’m attracted to is characters that to me feel very truthful to the embodiment of a full woman. And I think it’s just refreshing to kind of see women like Gillian write women like that, and to have been given the opportunity to get to play those women in the last ten years. It’s been… it feels authentic and real.

CT: Go see them! You know, people say, ‘What’s wrong with Hollywood? I want to make female-driven movies…’ That’s not where the problem lies; it lies with us in society. When we make these movies, nobody goes to see them; so it’s a social issue, really, more than it’s a Hollywood issue. It is a business at the end of the day, and they make movies they find there’s an audience for. And I do think there’s been an incredible shift, especially in this last couple of years. I don’t know, I mean I think I can make it as simple as saying that once you get a taste of the real thing, it’s, you know, I can definitely play — there was a definitive moment in my career where the more I started exploring these darker, characters, the more people were emotionally tapping into them, you know, because there was just something that’s really authentic about them. I remember doing a film with Jason Reitman, which is probably the most despicable character I’ve ever played, and I remember after screening — every screening, people would come up to me and say, ‘I know that character’ or ‘I am that character’… you know, whispering it to me so that nobody heard. But it’s, you know, I think there is an element when you make a film that’s like holding up a mirror to society, and I think good film-making is when you do hold a mirror up truthfully, and you don’t angle it, and you don’t, you know, hide things with smoke and mirrors, but you really kind of hold it up truthfully, and I think women are starting to be represented that way, and I think people are responding to it. It’s fun to watch women do that stuff. I mean, I remember — I don’t know about you — I remember like when I started out, I wanted to be Jack Nicholson in The Shining, and Robert DeNiro in Taxi Driver… I was like, where are those roles for women, you know!

Q: This is your second movie this summer working with Nicholas Hoult. I was just wondering what your working relationship is like?

CT: Yeah, you know what? He’s just a really great guy, and he’s incredibly talented, and we joked on Fury Road, we were kind of stuck in the same environment in that entire film, because we didn’t have that much to do. We just really liked each other, and he makes movies fun. There’s something about him that I thoroughly enjoy, and that’s working with people who make the experience a great one. And then, you know, he’s stupidly talented, and I wanted to… I feel that way about him today, I would do every movie with him. You know, I’d hate to see how he looks in several different wigs to disguise him. But he was the first person I talked to Gill about. I think this was one of the first scripts I read when I came back from Namibia, and I was like ‘Oh! This would be amazing if we could make this with that guy!’ I think he was such a great asset to have, he’s so great in the film, just great, he’s really talented. I mean, he’s the emotional drive in Fury Road! He really is the emotional drive in that movie.

Q: Are there any future projects in the works?

CH: I’m just getting excited about having more opportunities and more time to figure it out. DARK PLACES is available on Blu-ray and DVD from 22nd February 2016, courtesy of Entertainment One.