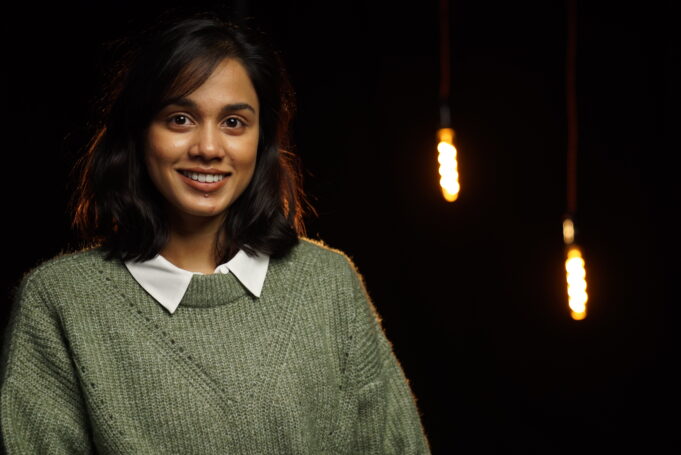 Known for her viral living on £1 a day videos, ClickForTaz embarks on a new journey to help others who are going through a hard time.

ClickForTaz aka Taz Alam who previously had a hard time at school has now become a youtube sensation with 1.4 million followers.  Back with her new venture, Taz teamed up with Youtube to create a documentary about her school life and her dream to inspire current pupils.

We chatted to Taz via Zoom about her documentary, poetry and future projects.

Tell us a little bit more about your documentary for Youtube Original’s upcoming Spotlight Series.  What was it like walking back through the gates of your old school?

It was honestly surreal! Just because of how much life has changed so it was kind of like walking into a different world. The school has also changed so much so it really did feel a bit strange! It was a really strange feeling

You met up with your old teacher who had an impact on your life when you were younger. What was it like seeing her again after so many years?

She was my registration teacher and my English teacher! I continued on to do poetry so it was great to see her again! She was a very nurturing person when I was a student and I think that’s why I connected well with her! I saw her the most and I was very close to her. You could tell she really cared about the student’s well-being so I always had a little soft spot for her.

I genuinely thought the chat would be casual and fine but it wasn’t! As soon as I saw her I got super emotional and started crying. I don’t know why I acted like that but the way I describe it is like that scene at the end of ratatouille where he has a flashback to his childhood, my experience was slightly like that.  I had only seen her when I was a child so when I saw her in my adult life, it was very strange but suddenly all those feelings of my school life came back.

You also spoke with Casey Neistat, what did you take from that conversation?

I totally fangirled and it’s so strange to meet someone who had such a direct impact on who you are today. I was studying Law at university, I always watched Casey and would dream of having a similar career.

To flash forward years and get to actually speak to him in person in my youtube documentary was very weird but also a full-circle moment.  He’s such a lovely person and I felt like I was watching his vlogs but he was responding to me.

Casey told me to lose all inhibitions and just go for it. We have all these thoughts and doubts of anxiety and sometimes we let that take over. It can be hard to take control of those thoughts and you being you is the best thing you can do. I knew that deep down anyway but hearing that from him, made me change my mindset. He spoke to me like a peer and since I’ve always looked up to him that was really nice.

What was the reaction like from the students? And what do you hope your fans take away from the documentary?

Once life goes back to some normality, would you consider talking your spoken word on tour? Is this something we can see you doing more of?

Spoken word poetry has such a special place in my heart and any opportunity where I get to that, I’d do it. It’s not my main gig, but it’s something I always go too when I want to be all in my emotions. I’d love to do a show around that as I’ve never done it before

What’s one thing you learnt about yourself whilst filming?

This sounds really weird but I realised how much life has changed. When you’re living life every day you just go through the emotions of it and you’re always preoccupied.  I learnt how much I had changed.

What advice would you give other poets who are struggling to have their voices heard?

I never intending in writing poetry as It was never something I was interested in when growing up. It was something that happened and I think the reason I could do it was because I had something to say from an honest place. My main advice would be if you have something to say then say it, just go for it.  I don’t have a formula for it and I don’t have any tips or tricks! Whenever I feel something, I write it.

I actually did a quiz on this question because I had no idea and it turns out my theme tune would be Fight Song by Rachel Platten.  I shall take that.

What’s next for you? Do you have any other projects?

I haven’t got anything right now, but the cool thing about my job is that you never know.