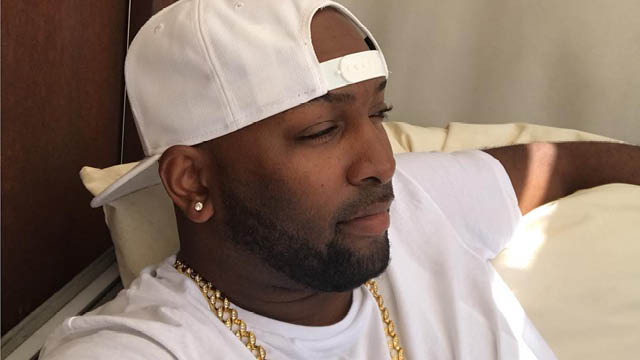 We had a moment with DJ Kae, the DJ making moves in the music industry right now, with massive events across London and super awesome DJ skills that will blow your mind.

How did you get started as a DJ?

Music has always been my first love and passion. Growing up, my mother would always have artists from the early 80s playing in the house from morning till night. My cousins were all part of the “sound boy” circuit which I always found appealing. So from being at house parties as a “box boy” (the person who carried the vinyl for the crew, not the best job either I add lol) and being able to just watch. I was in awe from a very young age.

I was taught to mix originally by a very close DJ / Producer friend called J Sweet (Jason Sweetman, also one of the co producers on JME’s album Integrity). We would be in an out of Red Records in Brixton buying our jungle music, reggae music and RnB vinyl every week. Then when the UK Garage sound came in, I took on a show on an independent radio station called Taste FM where I began to find my sound as a DJ. This allowed me the freedom to find myself and develop my “mixing” and selection skills to an audience who was prepared to listen. From there I got a job with Jason at Uptown Records in Soho. A lot of promoters would come in there to drop off tickets to sell for their club nights, I would blag a lot of warm up gigs where I wouldn’t even get paid or a free drink lol, but it was all worth it, to play the music I loved, and to allow the bar staff to hear me as there was nobody in the club at 10pm.

What’s the hardest thing you’ve had to overcome as a DJ?

I think stage fright. As I started to take DJ’ing more serious, I began to realise that people were noticing me playing along with the heavy hitters at the time. I was the “come up kid”, you might say given I was in my very early teens, playing before or after the likes of Heartless Crew. DJ EZ, Ill Kid, Gal Flex, DJ Cameo, Scottie B and many more…

I knew I had to deliver and the first record can always say a lot about where your set will go and how the crowd will receive you. As a warm up DJ, nobody really cared who u was or what u did. But having friends in the crowd and a few people who knew your name, was always scary and I would sometimes freeze up, I couldn’t actually look at my crowd for the first part of my set for years.

EZ will always be my number one! His style, flair and technical ability are unparalleled, and having the pleasure of interacting with him over the years is what reminds me that there is still passion in the DJ craft and that just when you thought you knew it all, EZ comes along and sets the pace once again.

Next would have to be the Magnificent DJ Jazzy Jeff! As a turntablist, he has set the industry standard from the 80s right up to present day for me. His selection process along with his routines are second to none. He is daring and confident to step away from the conventional safe set. He has developed his own signature scratch, and his “Peter Piper” routine has always eluded me lol. Plus he is a really nice guy to chill and have a conversation with.

Lastly, the godfather and legend that is David Rodigan! A man who deserves nothing but the highest respect for his passion, drive and MUSICAL KNOWLEDGE of the craft of DJ’ing that we call “Selection”. David Rodigan needs no flair or technical ability on his set as his song selection is not to be doubted. He has an amazing delivery when introducing his next track. He knows everything there is to know about almost every artist and producer of his genre of Reggae Music. All the tricks in the world amount to nothing if you play a load of rubbish, a good song will always be a good song. And David Rodigan will always play outstanding good music while educating his audience in his own entertaining way.

Tell us about your events. What have you got lined up?

I would like to think a “DJ Kae” show is more of an experience. I try to make full use of all facilities available in my DJ box, so if there is a large screen with visuals available, I may put on a “VDJ” set which is pretty much-mixing visuals with the actual music itself and looks pretty cool.

I love crowd interaction and involvement, if I can get a few people on stage to vibe with me, I always will, the team and I always bring the high energy level and ensure everybody leaves wanting more. Anybody can play music, but not everybody understands music is the sound of emotions and it’s the feeling that matters most, as Bob Marley said, “When the music hits, you feel no pain”.

At present, I’m on tour in the UK. The #ThatsMyDJ tour sees me in various cities including Ramsgate, Watford, Sheffield, Canterbury, Southampton, Bristol, London, Guildford and more to be confirmed.

I and my production team will have a complete stage show set up with full lights show and visuals, along with a few cheeky giveaways. This takes me up to the end of September. Then I have a few residencies across the country, you can generally keep up with my moves by checking my social media or visiting my website….

Whats the funniest thing a fan has said or done to you?

I’ve actually had a girl give me a track of her weave. I kid you not! She was soo smashed. I think it was in Newcastle actually. I just remember her stumbling over to me and the team in the car park as we were leaving, and she and her mates were as lively as can be. We took loads of photos and this one particular girl seemed to have a track slide out and fall on her shoulder. One of my guys pointed it out, and she straight away was like “Kae I want you to have this to always remember me”. Bit awkward but I took it and gave her a hug lol. I’m not sure she would like to be reminded of this, so we shall not name her, but yeah there is a track of blonde weave in a hotel somewhere in Newcastle. I will always remember the experience, however, sadly the gift of weave was less to be desired. Gotta say butts lol, I’m a sucker for a cutie with a booty lol. You caught me off guard with that one …

Where do you see yourself in three years time?

Three years from now I would like to be a headline act on various festivals across the world, I would love to share this passion for music for as long as my heart beats. I am also in the process of putting out some refixes of current club RnB & Hip Hop tracks with my production partner and warm up tour partner DJ Fxze (DJ Faze).

The best thing about being DJ Kae?

Being able to share my love of music and the craft of DJ’ing as an art form to the masses. People know what they sign up for when they come to a DJ Kae set, and those who are new to the experience are always happy and become new friends of the brand.

The worst thing about being DJ Kae?

3 top tips for up and coming DJs

Build a relationship and fall in love with your music, understand the journey that the music can take you personally on. From turning up in the club, to chilling with a loved one at home. The lads weekend song, the long drive home song. Understanding this makes for better song selection…

Believe in yourself, nobody will make you into the DJ you want to become. You have to understand that if you doubt your ability, so will others.

Develop your own style. Don’t try to be EZ… Because EZ is EZ… But make sure you listen to EZ lol

Tell us something you’ve never said in an interview before.

Thanks for closing the window earlier, but I’m gonna have to admit to you that it wasn’t something outside that killed the office. It was the wrap I had before I got here coming back to haunt me lol… Sorry. Which way is the bathroom please?