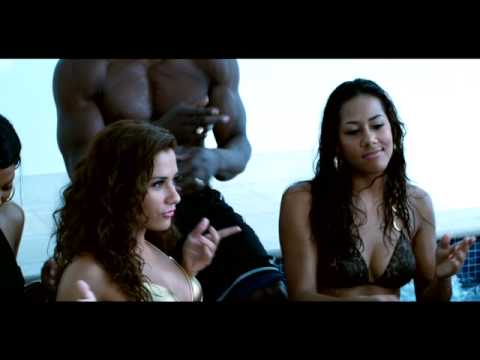 Donaeo is the UK’s underground kingpin, breaking onto the scene at the age of 16 when he made his debut with ‘My Philosophy (Bounce)’ in 2001. He is not only a singer and a rapper, but has to more qualities to add to the list as a producer and songwriter. His classic, notable tracks include ‘I’m Fly’, ‘Party Hard’, ‘Devil In A Blue Dress’, and ‘African Warrior’. Shireen Fenner headed down to catch Donaeo at his music video shoot to get to know more about the man who has sent the clubs crazy with his anthemic songs. Your name means Gift from God. What do you think is the most important gift you have been given from God?

Oh wow. Them questions their yea, that’s a new one. Usually I’m prepared because everyone asks the same questions and I just kind of say the same thing and change it up a bit. My family and my friends, that is the best gift I’ve got before anything. They keep me sane and happy, otherwise I’d be miserable.

You were signed from 17, and then at the age of 23 decided to take a break from music. How did you feel during this period, and was it hard getting back into it?

I didn’t choose to get back into music, I was forced. I left music at 23, I went and got a job at Carphone Warehouse and worked my arse off. Then I was only making music because whilst I was working there, I started seeing a lot of good people doing a lot of bad things for money. I thought it was a bit of a liberty that I’ve got a talent and I’m not really using it, and there’s other people struggling out there. I worked at Carphone for 6-7 months, and then I worked at another place for a year, by the end of that ‘African Warrior’ blew up and I was forced to choose. Whilst I was working I had to take 2 or 3 days off to perform at Glastonbury for example, and I’m telling my work that I’m looking after my mum, there’s only so many times you can say I’m looking after my mum before the manager takes you in. It was affecting my job, and my job was affecting my music so I had to choose.

You have been making music since your teens. What do you feel is the most important quality to ensure longevity and success in the industry?

Hard work, and that’s it really. If your willing to work hard, then that’s really the basis for anything you do.

You have ADHD, how do you take your excess energy and channel it somewhere purposeful and productive?

I experience things a bit differently, if I’m happy I can be overly happy, or if I enjoy a tune I can overly enjoy it. I always search for that feeling. Even if I feel successful I feel it overly. It makes things a bit more extreme for me, my emotions and things like that. I use it as a positive instead of a negative.

You are known for being a producer, singer, rapper and songwriter. Which of these labels do you identify with the most?

All of them, its all one thing, to everyone else it’s four things, but for me I make a beat, write the song, sing on it and rap on it. I would say I prefer producing, but I like rapping, like we were in the car today, and I was bussing lyrics to them guys and they were laughing. I like that feeling. All of it is hard work, if you were to ask my do I like performing or being in the studio most, I’d say being in the studio. I prefer the creative side of making music; With performing after a while you have a structure whereas when your making new songs, even though there is some form of structure, your always creating something new and searching for something new.

What was the toughest ordeal you had to face when it came to getting your music heard?

Dealing with everyone. When your not successful you have an idea of what you want to do and you go for it. When you become successful and you start meeting people that you look up to, you get opinions from everyone and its hard to decipher what opinion is right and what opinion is wrong, to what opinion people are giving you for themselves. You have to go through that to understand that maybe your original opinion was right in the first place. It’s always good to listen, but when you become successful, there are so many different things you have to deal with, because everyone wants a piece of you. Then there’s the whole thing that you become a money cow, so you have to decipher whether people are working with you because they want to make money from you or because they want to make money with you, there two different things. Then there’s the whole manipulation because when you blow up, maybe two or three labels want to work with you, and you don’t know which one is right or wrong, but really all of them are the same.

What is the most notable song you have worked on for someone else to date?

I helped write ‘What You Talking About’ for Ms Dynamite and ‘Selecta’ for Mz Bratt, I helped write ‘On My Own’, and ‘Light Up The World’, for Yasmin, I think ‘Selecta’, for Mz Bratt you know. I’ve always had a lot of faith in Bratt, but a lot of people look at her and think she’s pretty so she’s not really heavy, when we did that song everyone changed their opinion. All the other songs, everyone believed in the artist already, but with Mz Bratt I had something to prove, and I think I did.

You’ve had a lot of recognisable hit songs that still get played in the clubs and radio now. Which one would you say is the most popular?

When you wrote ‘Party Hard’, ‘Devil In a Blue Dress’ and ‘African Warrior’ did you ever realise they would become classic club tracks?

Nah, I make music for myself, I want to know that my songs make me feel how a Snoop song make me feel or a Neptunes song, so when I made these songs, those songs gave me the same feeling that my favourite artists songs give me. That is basically all I do.

Where do you get your best ideas?

I like having my own space and walking around. Even when I was in primary school I used to walk home, my mum and dad used to give me money to get home, but I’d rather walk. I like being in my own thoughts, maybe that’s why.

You have worked with a lot of UK talent. Who would you say is really pushing the boundaries for the UK scene right now?

The young rap lot are pushing the scene like Squeeks, Yungen, Cashtastic, Joe Black, Ratlin, for me those guys right now are doing something that my generation couldn’t do. The younger generation identify with them when it comes to rap, my generation was about funky and grime, but everyone wanted to rap. Whereas these guys have found the way to identify with young British culture through rap, it’s going to be interesting to see what happens. Even Wretch 32 going to the charts with rap and Giggs getting signed, these guys are really doing well, and this is the first time England has been able to do that, and that within itself is a boundary that has been pushed, that has been tried to be pushed for so many years. It’s not mainstream they have a strong underground buzz. Chipmunk is signed to Grand Hustle, yet he’s coming back and doing tunes with Krept & Konan and Yungen and the tunes banging, it’s just very interesting to see what’s happening.

You have an album due for release this summer. What can we expect from it? Any collaborations we can look forward to?

On this album I’m going to have collaborations from Squeeks, Joe Black, Ratlin, Dru Blue, Lethal B, Artful (Artful Dodger), and Jakwob I’m hoping. The rest of the records are produced by me, and Mz Bratt is on there too. It will be banging. It’s going to have a lot more hip hop and r&b, there’s a want for it, so I can put it out.

Big Ben (The Richard Branson Riddim) is out now