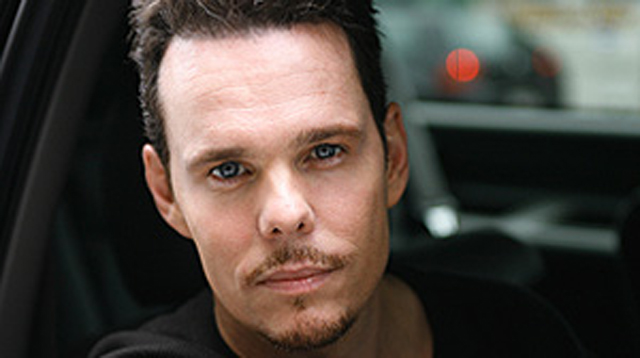 With the release of the Entourage Movie out on DVD and Blu-ray from the 26th of October we jumped at the chance to speak to one of the stars of the film, Johnny ‘Drama’ Chase a.k.a. Kevin Dillon.

You’ll all recognise the face of Kevin Dillon from his role in the TV Series and Movie, Entourage playing Johnny ‘Drama’ Chase but Kevin is actually a veteran actor with over 30 years experience in the business under his belt. He has starred in some major classic films such as Catholic Boys, Platoon and The Doors as well as roles in 24 and many more. Not only that but he is also the brother of 80’s teen heartthrob Matt Dillon. We sat down with Kevin to have a relaxed and open chat about Entourage, his career and much more. We even took a trip reminiscing about his early films where I reverted back to my childhood.

How did you first get involved with Entourage in the first place?

I just auditioned, originally the audition scene wasn’t really big and I couldn’t do anything with it. There were so many characters; I had like three lines to say in the audition. I ‘spoke to my agent and told her I couldn’t do anything with this. She went back to them and they actually combined some of the characters together so I ended up saying lines from Turtle and Drama just so that I had more to say just so I could show my chops a little bit. It worked out, they loved the audition and we went out to screen test altogether. They tried to test our chemistry, they found the four guys that worked out and that was history.

When you got the call saying you got the part and you found out the rest of the cast, who was you most looking to working with?

Well, I didn’t know any of them, Jeremy Piven came later, and he was cast a little bit later. Out of the three guys I had never had seen any of them in anything before. I did meet the guys at the audition process and then we ran lines together, I thought they were pretty cool guys. When I found out Jeremy Piven was doing it I got pretty excited about that as I thought he would be great. He was a great addition.

Did you do any homework on the rest of the guys before you started filming?

Yeah, I IMDB’d them, checked them on the internet database, checked out what they had done. Jerry Ferrara (Turtle) he didn’t really have a big resume at that stage. Adrian had done a couple of things but Kevin Connolly he was a child actor so he had a really long resume. He’s got more years in the business than I do (laughs). Yeah did like Cheerio commercials as a kid, I don’t know for sure, but he did a Big Wheel commercial when he was like six.

You play Johnny ‘Drama’ Chase in Entourage, why exactly is his Nickname Drama?

He’s got it for two reasons because he is so into acting. You know he started acting before his brother; he got his brother into acting. He’s the first guy out in LA. He was called Drama because he was always doing plays or auditioning and that kind of thing. But they also call him drama because he causes so much drama; he’s so dramatic you know. That’s actually a real thing from Mark Wahlberg’s group, there is a guy they call drama who’s a really cool guy for those same two reasons. That leads nicely into my question about you and your brother Matt Dillon, Who got into acting first?

Matt did. He was going at the age of 13. Yeah, he started real young.

Did he inspire you to get into acting as well?

I would say he did from just watching him and watching his career inspired me. When I was growing up he was like a big teen idol at the time. It was crazy, I remember girls chasing him down the street like he was one of the Beatles or something. It was pretty crazy growing up and seeing that.

Did you ever get jealous of the all the female attention he was getting?

No, but that was because I was able you know pick up…. He couldn’t have it all so I was able to help with some of his fall out (laughs). That’s something we say in Entourage too, there’s going to be fall out when you’re hanging out with Vince. So of course Turtle and Drama would try and pick up some of Vince’s fall out.

How much of an actor’s real life is actually true to the Entourage storyline?

I would say a lot of it; I would say pretty much everything that happens on that show happens in real life here. It just doesn’t always happen to just one guy or within one week (laughs). You know they just condense it to just one episode. One episode you may have a million things going on but these things happen throughout a career, stories we’ve heard. Sometimes we would tell Doug Ellin the stories we hear and he would edit it for the script. So a lot of these stories came from someone we knew somehow.

What was it like taking a highly successful TV series and adapting it for the big screen?

It was really cool. There aren’t too many successful TV shows that go on to make a movie. So it was really like the cherry on top at the end of this great run. It was a great moment for my character as well. He’s had so many struggles throughout his career it’s pretty cool to see Drama succeed and do something great. I know there were a lot of ideas for a second movie as well, which I’m not really sure if it’s going to happen or not but they have been bouncing around some cool ideas. Had this one become a giant success, it did OK but I wouldn’t say it knocked it out the park enough to automatically to that second movie but it would be nice. It’s just great to make a movie about a show you did for seven years.

What is the best memory you have from working on the set? I can imagine there were many high jinxs with the boys.

There was always a lot of joking around and nobody was too uptight, which kept it light. You know just a lot of craziness on that set. When we were doing it there was a party sequence where we had… I don’t know how many cameos but there were probably 30 trailers, like a base camp, this was like a small city. It was crazy there were just so many people at this big party scene. It took us three days to shoot that party scene, I would say that’s my best memory of the whole thing, there was just so many cool celebrities and athletes and what not. Unfortunately too that was when Kevin Connolly broke his leg too catching a pass from Russell Wilson. I don’t know if you heard about that but that happened during that party sequence as well.

You were nominated for 3 Emmy awards and a Golden Globe for your performance in the TV Series; I can imagine that was a proud moment for you?

That felt pretty good. Unfortunately the Golden Globe no one really remembers I was actually nominated because they cancelled the Golden Globes that year because of the Writers strike. So that was a really Johnny Drama thing to happen to me, the one year I get nominated for a Golden Globe and they go and cancel the award show. Jeremy Piven ended up winning it anyway so we kept it in the family. I think it was kind of strange for him, he won and they delivered it to his house or something.

Was there any banter between you where he won it and you didn’t?

The series ran for a number of years, did you guys become close friends seeming as though you spent so much time together?

Yeah, yeah, we are a tight group. I consider these guys like my brothers. Every time we get together it’s always a lot of laughs and reminiscing and just good times. They really are great guys and we were really lucky to have. It’s not too often you get a cast were everyone gets along so well, I know that for a fact. This one was just a breeze. You’ve been in the business for a very long time; I forgot just how long you have been around for…

That’s why I was shocked when Kevin told me he had been in the business longer than me I was like WHAT? He has bragging rights over me.

When I was doing my research I was reminded you were in Platoon….

Yeah, and before that I was in a movie called Heaven Help Us, which was kind of a cool movie. I think over there in the UK it was called Catholic Boys. I started out doing comedy and after a while people forgot and thought I did just drama.

Seeing as though you have been around for a while, which has been your favourite movie to date?

Oh wow… You know what… Platoon, I’m a bit of a war buff and into history and all that. Platoon was awesome; The Doors was cool being a rock n roll star up on the stage and all that, it was very cool. I’ve been lucky, I’ve had some really good parts and got to travel a lot but nothing has been better than being Johnny Drama because he is such an interesting character. He’s got so many flaws, so many issues he’s a bit of a nut job that’s what makes him fun but he also has this great big heart and you can’t help but love the guy.

I’ve just read that you just turned 50 in August. OH MY GOD, how do you manage to stay looking so young?

(Laughs) Yeah, I just turned 50. I have no idea I don’t do anything. I bake out in the sun on the golf course, I don’t put on any sunblock which is bad I need to start doing that. To be honest with you I don’t know. I’ve always had a baby face and I hated it as a kid growing up and they wouldn’t let me into the bar and I had to swear I was 18 (laughs). That baby face thing just carries on, the same thing with Kevin Connolly. But believe me, I’m starting to feel it.

Where does your career take you next that Entourage is over?

We’ve got a couple of things we are working on, a couple of TV ideas. I do like TV, I like to play a character that you can explore and get real deep into the character like with Johnny Drama. There’s something to be said for having a regular job, on a movie you work for a couple of months and you’re done. I’m not really sure yet, but we are exploring a couple of things.