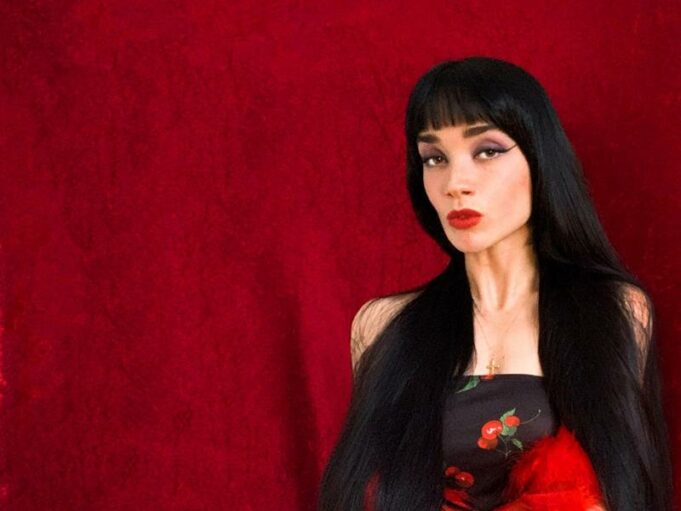 Hailing from West London, Freya was inspired by art, literature, alternative fashion and music. She distils her disparate influences through a gothic soul and devil-may-care spirit that dares to dream in the darkness.

We chatted to Freya about her new single, pre-show rituals and her UK 2021 tour.

My first memory of music was when I was around 6 or 7 years old watching my cousin play his electric guitar. He’s a really good guitarist and I remember being instantly fascinated by it. Even the look of the guitars, they’re very pretty! I borrowed one of his guitars and took lessons when I was either 9 or 10 years old at school.

I’ve always been attracted to the arts and music has played a huge part in my life. Even when I first started writing at the age of 10, it felt natural, and writing became something I learnt to really enjoy doing.

We’re loving your new single ‘Siren’. What was the inspiration behind it?

The inspiration for ‘Siren’ rooted from a Pre-Raphaelite painting I saw by JW Waterhouse called ‘The Siren’. I love the mythology behind the word itself and thought it would be a good starting point for a song.

I would describe my sound as a gothic tribal ritual.

You’re also releasing your debut album later this year, what makes you most excited and/or scared when releasing music?

The most exciting part of releasing music for me is when it’s travelling across the ether and reaching many people around the world. I don’t think there’s anything that scares me about putting out music. It’s there to be listened to and interpreted, not for approval.

What can fans expect from your tour this year?

The fans can expect a bigger sound from me! I’ve extended my band to a 4 piece.

I always seem to brush my teeth before a gig?… More of a weird pre-show ritual!

We know gigs don’t always go as planned, what was been your most embarrassing on-stage moment?

For me, my most embarrassing moment on stage was when I dropped my pick mid-song. It probably wasn’t noticeable from an audience perspective, but it completely threw me off because I was trying to play my guitar with my long nails vibrating against the strings. God knows what the feedback was like!

What’s one thing you’re most looking forward to post-lockdown?

I’ll be releasing my next single within the next month or two, then the release of my debut album ‘Beast’ in the summer! Followed by my UK tour in November.