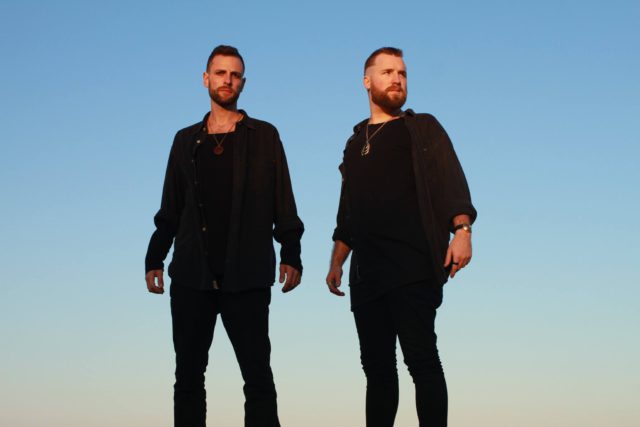 Sydney Electro/Pop newcomers Nasiika collectively have worked with the likes of Jessie J, Kyle Minogue and Delta Goodrem. Nasiika consist of David and Elliott and they are an audiovisual vessel that is ready to take off. Effortlessly exploring the worlds of electronica, house and pop music.

The duo have decided to turn a new leaf and create music of their own with their latest release ‘Time is running out.’ The track features Mickaela Dean and was mastered by the great Ben Faggens. His discography includes working with  artists such as Chet Faker, Flume and RÜFÜS.

Flavourmag sits down with Nasiika to chat about how they got together, what’s in store for the future and reminding the time Elliott went shopping with Jessie J.

How did you guys get together?

It all started in a reggae band. What a time to be alive. We’ve been playing music together as session musicians and in various bands for a number of years now.

You just released ‘Time is running out’ tell us how that came about?

We had been throwing around the idea of creating dance music for a while and one day we just did… and this is kind of what came out. It’s really cool how relatively easy its been thus far.

What’s next for you guys?

Next up is more releases with some very special guests featuring. We’ve got a single coming out hopefully late January and from there we’re working on our live show and releasing more quality content.

You guys do a fusion of genres, what is it that draws you to mixing them?

We both come from really musically diverse backgrounds and have quite open ears when it comes to new music. Theres no reason that we can’t adapt any genre into the dance moniker we’ve created. It’s a really interesting way to approach the creative process.

Do you guys just produce or sing as well?

(Laughs) David is killer on the backing vocals. Who knows… maybe one of us will step up one of these days. Probably with the help of a vocoder.

You have worked with a few big artists like Jessie J and the like, any memorable stories?

Man, it’s been a really cool couple of years for us both individually working as session musicians with celebs. Not a great story but I went shopping with Jessie in Newtown one time. Tori Kelly is a nice chick. Will.i.am is a genius. Ricky Martin is fabulous. (Laughs) I don’t know does that count?