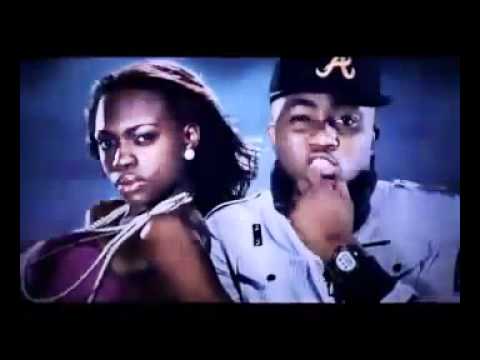 It’s very windy as I drive into a quiet road just off the bustling streets of Stratford. Having been slowed down by traffic, I feel relieved to finally enter one of the private apartments to interview Afro Beats sensation Ice Prince.  Having just performed at Radio 1’s Hackney Weekend, sharing the stage with acts such as Jay-Z, Rihanna and Nas, it seems Ice Prince is ready to take Afro Beats to a whole new level. As I walk in I greet the publicist Rickie, another member of the team and of course Ice Prince himself as they are gathered around the table eating. Ice Prince is quick to invite me to join him in which I politely refuse. ‘This is Nigerian rice! Its very good!’ he says and I quickly reassure him that I am very familiar with the delicious dish ‘jellof’ rice but had lunch on the way down.

I settle with a bottle of water and look through my questions as they enjoy their lunch. I find myself laughing at some Nigeria vs. Ghana banter as his Ghanaian PA tries to convince Ice Prince somebody they both know is Ghanaian. Ice quickly retaliates, ‘He is very good so I’m telling you he is Nigerian!’. Rickie turns to me rolling her eyes ‘You see this is how they are Debbie. Nigerians think everything good must be from Nigeria!’ It seems Ice is ready for the interview and turns his chair towards me clearly energized and content from his meal. Or maybe it’s the excitment of London City? ‘I’ve been here a few times and each time I come down, people always show me love which is a great feeling. And there are so many pretty girls out here. The only thing I would say is that London clubs shut at 3am. In Nigeria, there is no time we shut. When your tired you go home!’ Ice’s bubbly, charismatic personality allows him to answer all questions in depth and with ease flowing to the next question without prompting.

Growing Up
He was born Pankshak Zamani in Niger State, Nigeria 25 years ago to Nigerian parents but became an orphan after losing his mother in 2009 and father in 1999. He is the only son of four siblings and now lives in Lagos, Nigeria. Ice speaks with a soft Nigerian accent mixed with a slight American twang having being ‘around white people most of the time’ whilst growing up and learning English in school.

I congratulate him on being nominated for 2012 BET ‘Best International Act’ Award!

Ice Prince will be going up against the likes of fellow african artists Wizzkid (Nigeria), Camp Mulla (Kenya) and Sarkodie (Ghana) for this years BET Awards taking place on July 1 in L.A and will undoubtly take his name to new heights regardless of the outcome. There has clearly been a sudden rise of Afro Beats in recent years and I ask Ice Prince why he thinks this is.

‘We’ve been listening to too much of American music, European music and the Caribbean sound. I think its time for Afro Beats to also find a spot on the world stage. That’s what has started to happen now.’ A chance for a slightly rhetorical question here; Is there a particular artist responsible for this movement? ‘Me! (Laughs.) No but really, it’s the contribution of all the artists together from Ghana, Nigeria and Kenya. The videos we are shooting right now are getting better and the sound quality is improving. There are more interesting sounds coming from Africa and that’s what is pushing the genre more and more.’

Afro Beats Takeover
Ice Prince has had a love for music from a very young age and has been influenced by everything from South African music and Calypso to mainstream music from Jay Z and Kanye West. Ice started out making music by miming at social events and learning the lyrics from 2pac to perform it. ‘That’s really when the love of rapping started.’ He explains. ‘Then I thought I could write my own lyrics and even though they were rubbish at the time, I started going to the studio to record the lyrics and gradually I grew into being a better musician. I also joined a church choir and BOOM, here I am!’ And boom he sure is. Being the first Afro Beats artist to have his debut single (Oleku) playlisted on BBC Radio 1Xtra, Ice Prince has just graced the 1Xtra stage after of London’s biggest free ticketed event on June 24 alongside Nas, Jay-Z, Dbanj and Wretch 32, Ice tells me about the performance with reggae artist Gyptian. ‘Hackney Weekender was massive for me! I was excited to see thousands of people jumping and singing along, appreciating the music. I saw it as a blessing, not just for me but for the whole Afro Beats movement. Shouts out to BBC for giving me that platform and all my UK fans.’

Ice Prince is making it sound all too easy to be where he is at right now but Ice Prince has definitely earned his place at the forefront of African music. He began his career in 2004 and after making a name for himself on the music scene, he joined the award winning entertainment company and independent record label Chocolate City in 2008. He lived up to the Hype and released his award winning song Oleku and recently won the GMA (Ghana Music Award) for best international act. Having put in the work for so many years and gaining fans mainly in Nigeria, the song called ‘Oleku’ propelled Ice Prince to a new found audience (including myself) and gained an even wider following from fans all over the world now with a huge following of about 300k on Facebook and Twitter.

‘Sometimes I go to some places that I didn’t even know existed on the map and I will have a huge following over there. Recently I was in Malawi and it was a crazy packed show. I go to Asian countries and have lots of people coming out to see me perform. So sometimes I think my immediate fans are in Lagos but I have fans all over the world.’

Although I found myself singing along to the lyrics of the beautiful song, I wondered what the meaning behind ‘Oleku’ was and what it was like recording the track. ‘The beat was actually made in 30 minutes! Can you believe it? I swear on everything it was done in 30 minutes!’ Explains Ice excited as he reminisces about making the song in the studio. ‘The studio process is a very spiritual moment. ‘Oleku’ means ‘hard’, it means ‘strong’. It represents every young man as strong, vibrant, ready to get up and go and do their thing. It’s a Yoruba word.’ (One of the major Nigerian tribes)

I feel a great vibe from Prince but am eager to know what he would be doing if he couldn’t rap or sing. ‘I would just be a businessman really. Me, I love money!’ Don’t we all! ‘I’m a money kinda guy. I probably would be a full time landlord. I’m a landlord now but on a small scale. I have some apartments in the northern part of Nigeria where I collect my rent from tenants. But if I wasn’t doing music, I would have taken that on a bigger scale and probably build some more estates around it and stuff.’

Ice Prince recently collaborated with Reggae artist Gyptian on a remix of his song off his previous album ‘Everybody Loves Ice Prince’. So is this important for artists from different genres to collab on a track? Ice Prince clearly thinks it is to promote Afro Beats. ‘That’s what puts the music on the map really. When you have artists from Jamaica or America collaborating with us. That’s what blows it up more. So collaborations with Akon and Wizkid or like Kanye and Dbanj helps African music a lot.’

And too right he is. After recenty signing with global superstar Kanye West, Dbanj has taken an Afro Beats song ‘Oliver Twist’ to amazing success and has us all singing ‘I have a confession/Don’t take it personal’. Currently signed to Independent label Chocolate City, would Ice Prince consider a similar move to his fellow afro beats artists and hope to be signed by a huge  artist?

‘Well yeah as long as the deal is right and the contract is good, I would do it. Of course. But right now Chocolate City is my group, it’s where I belong and its where I wanna be. I mean if other opportunities arise than yeah we could collaborate.’

Collaborations
Speaking of collaborations, I immediately imagine how great it would be if Ice teamed up with a UK artist and it seems as if Ice has already been thinking of it too. ‘I wanna work with Chip. I’m a big fan of Chip. Tinie Tempah as well. And I’d like to see an Ice Prince and Adele collaboration. There’s work being done towards working with Chip.’ The African sound of Afro Beats and the Caribbean sound of Reggae and Dancehall are quite similar but which came first? ‘I think the people that can answer this question properly is Fela or Bob Marley! I always see music as African so I will keep giving credit to my people. Fela is really the guy who started this whole Afro Beats movement and the rest of us are basically reproducing what he created when he was alive.’

He mentions Bob Marley and I press on to ask him some more about the legend that is Bob Marley as Jamaicans celebrate their 50th year anniversary with a new Marley film coming out soon.

‘My favourite Bob Marley song ever would be One Love. I know that’s very cliché because everyone would say One Love. (pause) Oh no no no actually Redemption Song! I love that song!’ Bob Marley is still one of the most played reggae artists in the world and continues to influence music today. ‘It is because his music is the truth,’ explains Ice. ‘When you listen to Bob Marley, you know he is speaking from the heart and not just fabricating words, not tryna just sell records. He is actually making music from his heart. You feel the passion. That’s what puts Bob Marley above any other artist.’ Will his music live forever? ‘Yeah. Bob Marley’s music will live forever. I think even when you get to Heaven, there will be a Bob Marley store somewhere up there.’ As the genre of Afro Beats is pushing forward, so will the culture of the people behind it and attitudes towards African people will vary. ‘People still think Africans are backwards or uneducated. Like one time I was in America at the airport security. The lady there was a black American and as she was going through the bag, she heard us communicating in English obviously and she turned around and said where are you guys from? I said Nigeria. She said (scrolls eyes and sighs) ‘Where did you guys learn how to speak English?’ I though that was quite demeaning. We are very educated.’ I wondered what the biggest misconception people have about Nigerians specifically. ‘Well of course the whole 419 fraud think and Nigerians being theifs! That is not what it is at all. It’s a thing of the past.’

‘What motivates me is that there are so many people looking up to me. There’s so many that pray for me and wish me well. I wouldn’t like to disappoint those people at all so that keeps me going. When I think about being the most successful artist from my city, that alone is motivation to keep going’.