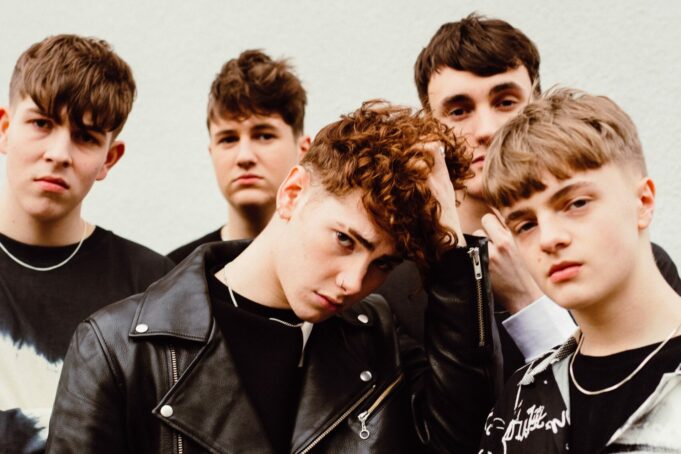 Full Colour is back again with new track ‘Butterfly Brain‘. With charismatic vocals and an addictive indie-beat, this is the ultimate Summer 2020 track you’ve been waiting for.

I chatted to Conrad Berriff about their new single ‘Butterfly Brain‘.

Conrad – We met when myself and Will realised we needed a band to be able to play music live so I found Dillon on Instagram, who coincidentally went to school with Henry, and we asked Alex to join when we decided we wanted a second guitarist.

Tell us about your track ‘Butterfly Brain’. What was the inspiration behind it?

Conrad – Butterfly Brain was the first song Alex and I ever wrote together – it came really early on. He sent the riff over to me via Facebook Messenger and I just knew immediately what the entire thing would sound like even though it was basically just a rip off of the Courteeners at that point!

How would you like your sound to develop? Do you have a direction in mind?

Conrad– I think we’re going pretty 80s pop sounding at the moment. Big gated drums, Robert Smith-esque guitars, it’s all in there! We’ll see where it takes us though, we’re not very good at staying in one genre for too long.

Are there any artists or bands that you take guidance from?

Conrad – Murph from Love Fame Tragedy and The Wombats has been really influential to us. We essentially learnt how to tour from watching him and his band day in, day out. We were pretty much thrown in at the deep end at the beginning with no idea what we were doing but we were lucky enough to be able to watch and learn and pick up a few tips and tricks along the way.

After lockdown is over and we’re back to normal. What band would you love to support on tour and why?

Conrad – Personally, it would have to be a Canadian band called Peach Pit. I love that band and it would just be so full circle for me to get to tour with them.

Who has the worst habits on tour?

Conrad– During recordings? For touring it would probably be Will. He definitely eats way too much KFC. We’re pretty well behaved in the studio so no bad habits to report on that front.

What was your first musical memory?

Conrad – My first musical memory was jumping on my bed playing air guitar to ‘Bat Out of Hell’ by Meatloaf. To this day, I’ll stand by it as one of the best songs that was ever written.

What has been the best advice you’ve ever received?

Conrad– From our managers to change our name. We used to be called ‘Gauranga’. Try saying that out loud!

If you weren’t pursuing a music career. What else would you be doing?

Conrad – Dillon, Henry and I would be in education, Alex would be working at McDonald’s and Will would be a gardener.

What is the theme tune to your life?

Conrad– Heaven Is a Place on Earth by Belinda Carlisle.