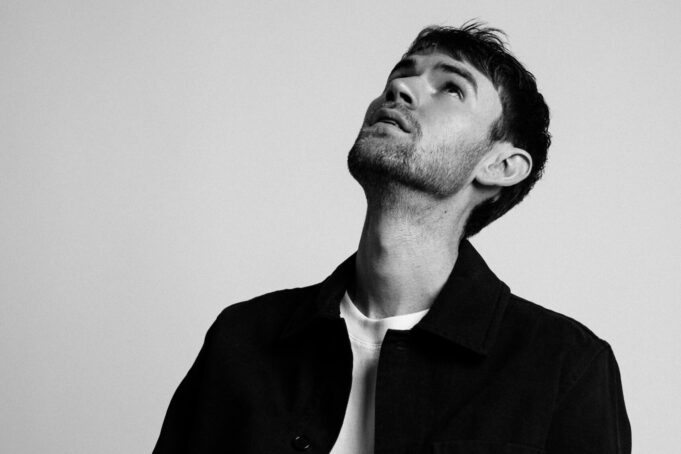 After discovering his vocal talent after drunkenly contacting a vocal coach late one night on Gumtree, Jared’s chronic overthinking has pushed him to create some incredible music that makes you reflect, remember and most importantly, feel.

We chatted to Jared about his songwriting process, dream venue to perform at and what fans can expect from him in 2021

J- It’s a weird story. Music is something that’s been bubbling away inside me all my life, but it’s not something I talked about or shared until the past couple of years. I released my first track ‘Open’ back in late February 2021 and for most people I know, that was the first time they knew I could sing or write songs.

In terms of how this journey started though, I can trace it back to a drunken train journey home from a pub in Kentish Town in early 2019. I remember thinking that if I don’t give it a go, I’ll regret it forever. So I sent a drunk message to a vocal coach I found on Gumtree to find out what a first session would be like. When I read the reply sober I realised it didn’t sound too scary so a few weeks later I went along to the first session. From there, I bought myself a keyboard, learned to play some chords from YouTube and then started writing songs.

We’re loving your track ‘Not The One’, What inspired it?

J – This song was inspired by my previous breakups. I think the meaning is pretty obvious as you listen, but the really simple answer is that I wanted to show that breakups have two sides. It’s universally accepted that being broken up with sucks, but I wanted to show that sometimes breaking up with someone can be just as painful.

Tell us about your songwriting process?

J- I’d tried to write songs many times over the years and mostly failed. It wasn’t until I sat down at a keyboard with my YouTube chords that a real song came together.

When I write songs, I play chord progressions on repeat, hit record on my phone’s voice notes and just start singing random things. Once I listen back to the first ideas I get a sense of what the song could be about and then I’ll spend some time tweaking the lyrics so they make sense. I tend to find that the songs come together much more naturally if I have a certain subject in my mind as I start singing. I’m also amazed that in many songs, the final lyrics are things that came out in the very first recording.

Luckily for me, Olly Shelton (who produced this track) is an amazing pianist, so I send him my ideas, he laughs at my chords and then sends back a beautiful version of the piano that we use in the final recording.

Listen to ‘Not the One’ below

J- In a word vulnerable. My songs are always vocally lead and so far always accompanied by piano. The themes and lyrics are often melancholic but always inspired by my real life and experiences. The songs I’m releasing now could probably be described as pop ballads and a recent review compared me to Troye Sivan which I will absolutely 110% take.

J- Now I’m thinking about it, it’s really hard to pick a single person. I think one honest answer would be Billie Eilish. I remember listening to her stuff for the first time years ago and I just couldn’t get over her effortless vocals paired with the simple lyrics but the deep and dark meaning of her songs. Her style has naturally influenced so many other contemporary pop artists but I’d love to recreate that magic I felt the first time I heard her voice.

J- Well, to be honest, the biggest closet I’ve come out of was the musical one. Everyone I know was surprised to learn I sing and write songs (even my own parents). But that aside, I think people would be surprised to learn how much of an overthinker I am. I really relate to the definition of high functioning anxiety. There’s no real impact on the things I do or achieve, but I put myself through torture over the most simple things. I worry too much, panic for strange reasons and generally dwell for far too long on things that haven’t even happened yet.

Once we return to some normality and touring can resume, where would be your dream venue to perform at?

J- If it wasn’t already obvious, I arrived at this musical destination in quite an unconventional way. I’m not a trained musician, I don’t have a performance background and that means any sort of venue would be a total dream.

But if I had to name a location, there are two that spring to mind. The Roundhouse in Camden is a venue I’ve spent years living and working near, and every single gig feels so small and intimate despite the level of prestige of the venue. On the flip side, I want to throw in a little place called the Hollywood Bowl. I’m obsessed with California generally, but the combination of the beautiful warm evenings with the open-air venue sounds like heaven to me.

What’s the theme tune to your life?

J- Matches by Cash Cash & ROZES. If you could hear the songs on repeat in my head over the years, this would probably stand out as the most played.

J-I’ve spent a lifetime planning far too far ahead into the future. When I was still in school I literally emailed a university lecturer to find out which degree would most likely make me a future CEO of Apple. But when it comes to music, I don’t want to worry so much about the future (literally for the first time ever), I just want to enjoy the present.

My immediate next step is to release these songs I’ve written and recorded. After I’ve released a few I’d love to get into some co-writing sessions and see what happens.