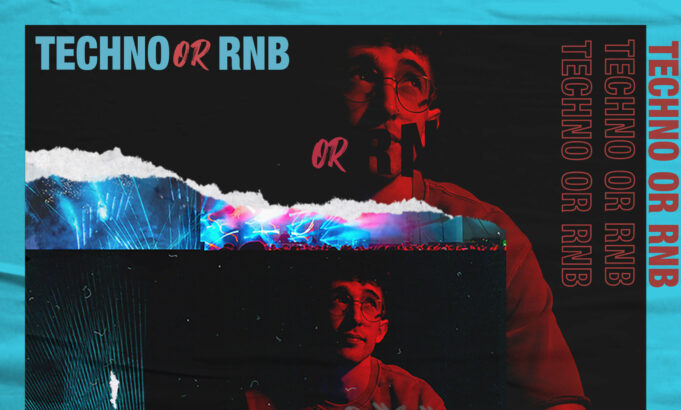 Originally from Co. Tipperary, the Dublin-based singer-songwriter is back and making his mark on the Irish music scene with his new single ‘Techno or Rnb‘.

With charismatic vocals and an addictive indie-pop beat, the magical track is set worm it’s way into your heart this summer, making you want to dance all night long.

I chatted to Pauric about his new single, songwriting and Sam Fender.

So I guess on the grand scheme of things I was a very late bloomer when it comes to music. I only started singing at 16 and picked up the guitar at 17. It started off as a hobby as it starts for everyone, but the more I players in front of people, the more I wanted to do it in bigger crowds. Eventually, I went from playing cover gigs in small local pubs to playing big venues with my own original music. There really is no better feeling.

What inspired you to create ‘Techno or RnB’?

This song was put together the day after going to a festival some years back. I based the song around a girl I saw at the festival, who I was immediately taken away by, while also incorporating the general atmosphere of love and anything goes at a festival. One of the common question at a festival

Is “what act do we see next?”, aka, techno or RnB? But at the end of the day, it doesn’t matter as it’s the love for festivals that brings us all together.

It varies depending on what mood I’m in. Sometimes I start with the music, sometimes I could start by writing a poem and adding music to it. I like having an open creative structure so that I don’t get bored or burnt out, I want to be able to enjoy the process as best I can.

Energetic, hard-hitting. All of my songs have a story that people can relate to, with the majority being upbeat and gives off lots of energy. I am very much a live show artist, so over the last few years I have been trying to shape my sound so that people can enjoy themselves and leave my shows saying “wow, I can’t wait to see him again!”

Do you think your hometown has influenced the music you create?

That’s a hard question. I guess everything in life impacts you in some way and will influence your writing for sure. My hometown is small, but I would definitely say the experiences I had in school there and with friends, there has impacted my songwriting in some way and at different times.

There are so many artists out there, both Irish and worldwide, that I would give anything to work with. If I had to pick one person to collab with it would have to be Bruce Springsteen. His songwriting is amazing and his live show trumps that, so I feel as though I could learn the most from him for sure.

You performed at Electric Picnic Festival last year, Do you have any pre-show rituals?

Before most shows, I like to just chill out on my own, try and get a clear head and remind myself why I’m doing it and what I want to achieve from stepping out on that stage. It can be so easy to get lost in the moment and the excitement, so for me, it’s important to settle yourself and put on the best show possible for the next hour or so!

We know gigs don’t always go as planned but have you ever had any embarrassing on-stage moments?

Thankfully no! The only small thing I can think of is that I got a bit excited at an instrumental part of one of my songs, and I stepped on the guitar jack and it came out. Luckily I realised fairly rapidly and was able to throw it back in before anybody realised or I threw off the rest of my band, which wouldn’t happen as they are all top lads and top professionals!

If you could tour with any artist and/or band, who would it be?

Right now it has to be Sam Fender. I’m a huge fan of his style, his standards and he’s general persona. I think we’d be best friends to be honest, what you reckon Sam, we give it a go?

I would have to say a song called “Neutron Dance” from an Irish producer called Krystal Klear. It’s been my favourite song for years. It’s a journey tune that stays building and injecting euphoria, and the melody gives a different kind of happiness. I guess I approach life like that, a journey that is never-ending once centred around happiness.

With my shows being postponed until next year, for now, I just wanna get back to basics and write loads of new music, collab with artists that I have admired and stay building my name and presence both at home and abroad. I’m definitely eager for live shows to get back up and running, so being ready for that time is also top of my list!