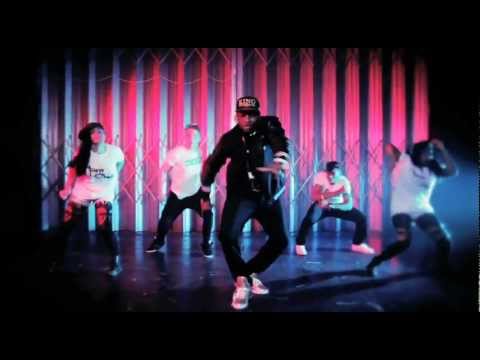 At just 18, J-SoL is as fresh as they come, upon winning a Sony publishing award, he’s had to leave his school books behind a year early and now finds himself recording and working with many of the industry’s stars. Yet, when you hear his first single ‘Alien’ on the airwaves, J-SoL doesn’t let his young age show, he’s a natural. Yet, when he came to Flavour HQ, J-SoL kept it real and settled down on our settee for a nice chat, here’s what he had to say…

Tell us a little bit about what you’re doing at the moment…
I’ve recently left the Brit School and luckily I was the first person ever in the Brit School history to win a publishing deal with Sony ATV and so I’ve been in the studio writing and working with different platinum producers, so that’s been amazing. Also, my promo single ‘Alien’  featuring Cashtastic is getting played on Radio 1 and Choice fm. Yeah, like the other day I was just in the gym with my friends and then my song came on and everyone was working out to my song. It’s kind of weird because no one knows me. I didn’t want to make a big deal because I’d look stupid but it was a big deal for me. I wanted to scream but I couldn’t’.

So was that the first time you’d heard it on the radio?
No, that was the second time I caught it. The first time I heard it I was in the car with my band and my song came on and I was like ‘Oh my god!’ and we wound down the windows and were like ‘Check him out, check him out!’

‘Telling haters to put their shades on! Doing what you’ve got to do and not letting anyone else get in the way with that.’

Who would you describe as your major influences/ inspiration?
Usher’s a big deal, I’m also a fan of Michael Jackson.

At what age do you think you decided you wanted to be a singer?
Since I was young, when Usher did ‘Pop ya collar’. I reckon about 7 or 8.

Obviously Usher but it’s not just about big names, I want to work with talented people.

What other line of work do you think you could work in?
I used to do a lot of backing dancing for like Alexandra Burke. I like teaching, that’s something that I might do later on.

Did you help choreograph the music video for ‘Alien’?
Yeah, I mean I’ve trained with the dance group ‘United We Stand’ from Britain’s Got Talent from a young age so I worked with one of my friend’s from there and we went for something non-commercial. To get something gritty, urban and street.

You went to the BRIT school, were there any other people you knew there who started to make it big?
Yeah, Rizzle Kicks were the year above me but it’s funny because no knew they did music! They were studying media. We all saw them and were like ‘wow’. I also went to secondary school with one of the Loveable Rogues, Tay, he’s like one of my best friends.

‘I just want to make them happy and smile, there’s nothing better than that.’

Is there any competition between you?
No, our sounds are very different and we always support each other. We’ve taught each other a lot about our own styles.

What’s your favourite thing to write about?
Positivity, love and motivation. Telling haters to put their shades on! Doing what you’ve got to do and not letting anyone else get in the way with that.

In terms of your look, how have you chosen that?
I like to be very urban. UK brands, I think the UK is hot right now. I also want to look young, I’m 18 , I don’t want to wear a suit. What’s your goal?
To be someone remembered, a platinum seller on arena tours. I want to give young people like myself opportunities, I mean, I just got confirmed to play at the Unity festival alongside Jessie J and Tinchy Stryder and I’ve got the kids from a school I teach, a load of 8 years olds to come on stage at the end and perform what I’ve choreographed for them in front of 20,000 people and on BBC. I wish I could have done that when I was their age. I just want to make them happy and smile, there’s nothing better than that.

What do you find most challenging about your job?
You get compared a lot. I don’t mind it but I think often people are trying to cause a bit of beef in it. But I admire a lot of UK artists out there, I have so many unsigned artists on my iPod.

What was the first single you ever bought?
Usher ‘8701’, I remember because I ordered it online using my Mum’s card but she didn’t know!

Does she know to this day?
Yeah, she knows now. I bought so many albums online, but I needed it! It’s paying off now, she’s cool with it.

What advice would you give to any young musicians?
Keep working hard, sometimes I feel like I can’t really give advice because I’m only young, I’m not there yet! If you can dream it, you can achieve it. The music industry is 24 hours, sleep doesn’t exist!