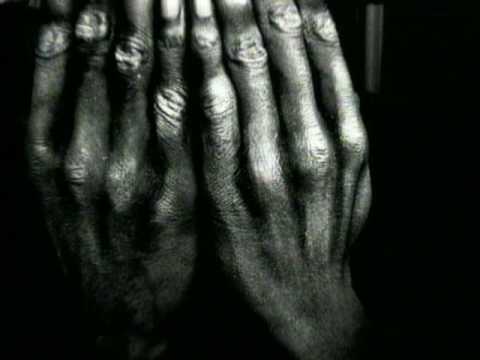 Charlie Hedges is from Essex and currently presents KISS FM’s weekday Breakfast Show with Rickie and Melvin catching up with celebrities such as Nicki Minaj, Cheryl Cole and Rihanna. At only 25, Charlie stay focused and worked hard towards achieving her dream job. Her story can inspire us all. We decided to have a chat to find out about how she got started, being a female DJ and her plans for a new TV Show. Firstly, what was your inspiration to start DJing?
Well I’ve always loved music. I’ve got videos of me dancing around to Micheal Jackson when I was about 4! I remember listening to KISS FM when it was a pirate station when I was still very young with my parents and I remember asking what that job was. I have basically just gone for the job ever since I was a kid. I didn’t look at any other career other than that.

How did you get started?
Well I went to Uni and did a Journalism degree after getting a freelancing job at school for a magazine when I was 13. It was basically as a back up incase the radio or the DJing didn’t work. So I studied for a BA Honours whilst working at KISS which was pretty mental! But it was a wicked experience and a wicked course.

Do you remember your first ever gig you played at?
Oh yeah! It was a little bar which isn’t open any more in Kent. And it was just a friend of mines event but I was so nervous. But they let me play and that was my first ever gig. First of many which I am very grateful for.

What was the first record you ever bought?
Oh you’ve done me over here! Ok I was madly in love with Peter Andre with his fake 6-pac and it was one of his tracks. I still got a photo of me holding the CD which I got for Christmas I sadly admit. I still like the bloke but the love interest has slightly faded a little bit.

Being a female DJ

Music is universal enjoyed by both men, women boys and girls. So why do you think there are so many more male DJ’s?
You know what, I don’t actually think there are less female DJ’s. But I think there are not enough female DJ’s that people know about. A lot more women are becoming more confident and thinking ‘Yeah sod it, I want to do this as a career’ so people are becoming more aware that they are out there. It is of course a male dominated industry and it takes a lot to walk into a club and think yeah I can do this even though I’m surrounded and dominated by men. As a female DJ, do you feel like you need to work twice as hard to prove yourself as a credible DJ?
I think with any career you have to prove to yourself but also to other people. Everyone cares about what other people think. At the end of the day I want people to enjoy and appreciate my music. Obviously there is that pressure. I walk into the club and the last thing the guys want to see is me walking into the DJ booth! I have to go up there and do a good job no matter what.

Has the fact that your name is unisex ever helped?
It’s funny you say that! A couple of months ago, I sent an email to quite a big company who distribute songs for DJ’s to play and he emailed me back thinking I’m a bloke. He still don’t know I’m a girl! I think it’s hilarious. I mean eventually I’ll be playing some of the tracks he sent me and it will be so funny to think he’s going to go on my website and realize I’m actually a girl.

What are some of the hardships in being a female DJ?
I’m not a man hater. But it is hard. It is full of men. It’s hard to go out there as a female and do a good job, continue to get recognition for it and get booked. But I go out there and do the best that I can do.

Life as a DJ

What genre of music do you most enjoy playing and why?
Electro and Tech house. There’s no reason other than I love it. It’s my life. I love it more than anything in the world. I was brought up around it. I respect a lot of the DJ’s like Carl Cox who has been around for years and are still doing it.

Do you produce tracks as well? Is it important for DJ’s to be able to produce as well as play music?
I haven’t done but I’m talking to other producers at the moment thinking of a few ideas and seeing who will be up for collaborating. I don’t think it’s really that important for DJ’s to be able to produce. But I do think if you can make a track that reflects you and the sort of music you play out, it is an easier way to get your style out without having to play at a club every weekend. If a track goes out and it’s massive then that is representing you and who you are and that’s why it is so important to get the right track.

Where is the best country you have ever played and why?
Well the obvious one is Ibiza. But another one would have to be Egypt. I played there October 2011 and they are trying their best to make it a clubbing destination as well as a place for families or couples to go to. I’m hoping I can play there again.

Out of the records you own, what tune never fails?
Insomnia by Faithless! It doesn’t matter where you are around the world. I think it brings back a lot of memories for people that have been clubbing for years and maybe some before me but its also brought out a new era for people just starting the clubbing scene. It brings people together.

D.J stands for disc jockey and originally someone who plays vinyl records.  How strong is your vinyl collection and what do you think of the transition?
The saddest thing is I don’t have any vinyls that I use to DJ with. But basically I started DJing on vinyl. That’s how I learned how to DJ. Times and technology changes so much and so fast that by the time I had my first set, I was using C.D’s! I also play it on USB now, more so than on CD’s which is obviously great for travelling. But oh God I’m grateful for CD’s and USB because I’m abut 2ft tall so I’m glad I’m not in that era having to carry around vinyls to be honest! When you play, is it a pre-planned set?
No. Never. People assume it is because it would be a lot easier to do that. But it really depends where your playing. I always play a house set but you might have people that are into house music but you might have to change your set slightly, maybe play a bit more vocal house for example. When I put a track on, I can see within 15 or 20 seconds whether that is going to work or not and if it aint, you get the hell out of it!

What is the worst thing that has ever happened to you whilst playing a set?
I was playing in front of a few thousand people. So there I am playing along and the next DJ who was playing sticks his SD card in and puts it my set I’m playing from and he just cuts the music! So anyone looking from the crowd would think it was me. I nearly dropped kicked him! (laughs)

How did you feel when you were told you would be presenting the breakfast show on Kiss FM?
Well I’ve been at KISS for about five years now and that day was the best day of my life. I’ve been listening to KISS since I was a kid, it’s my dream job and I remember thinking ‘Blimey! I’ve actually made it.’ Even now, I wake up every morning knowing that I am lucky to be working in a job I’ve always dreamt of working in. It started off with a week’s placement behind the scenes making coffee, a week before I started Uni and then they said they wanted to keep me on! What’s it like working with Rickie and Melvin every morning at Kiss?
Wicked. It’s really good fun! We are like family really. They obviously come as a pair so I was like the odd one out but no it’s really good. It’s nice to even argue and put girls’ points of view across sometimes. Nothing serious because you can’t really argue with family.

Who is the best celebrity that has come in for a breakfast chat?
Recently Will.I.Am. He is honestly the nicest bloke I think I’ve ever met in my life! He’s so cool and yet geeky but he’s just the cutest bloke. He can tell stories for days! He came in and he was there longer than the 5 minute time slot just telling us stories after stories. But yeah he is so cool and very talented.

What 5 tips would you give to people out there wanting to become a DJ or a radio presenter?


1. Don’t give up. Everyone says it but it is so easy to take it on board and then completely forget it when you get a knock back.
2. Don’t take no for an answer. I was told no so many times and I didn’t take no for an answer! So be persistent.
3. Have fun with it. I think people think it’s quite easy. It is long hours and it is hard work but just enjoy it.
4. Always be nice to people. I can’t be fake anyway and you’re going to meet people you don’t like in this industry but never be a bitch. It doesn’t matter who it is, just always have respect.
5. Remember where you came from. This is the most important. Even on my Twitter and Facebook, I always respond to people because without them I wouldn’t be here! So if anyone becomes a successful DJ, just remember how you bludy got there! If I ever did forget, my family would give me a kick up the backside to be honest.

What’s the best thing about being a DJ?
It’s fun. It’s random. And you don’t get no sleep! So if you like your sleep, this is not for you. That’s why my favourite song is Insomnia because I can’t get no sleep!

What does the rest of this year have in store for you?
My first mixed CD is on sale July 16 which I mixed the club part to it. I’ve got gigs in Ibiza and Majorca. Loads of gigs throughout the summer. I’ve got a Saturday night mix show now (2-3am) playing exactly what I love; Electro and Tech. And I’m also in the early stages of discussing doing TV shows so watch out for that! Follow me on Twitter for all news and updates!

CHARLIE’S PLAYLIST: We asked Charlie to share her personal playlist with us and choose her favourite songs for every occasion. Check it out!