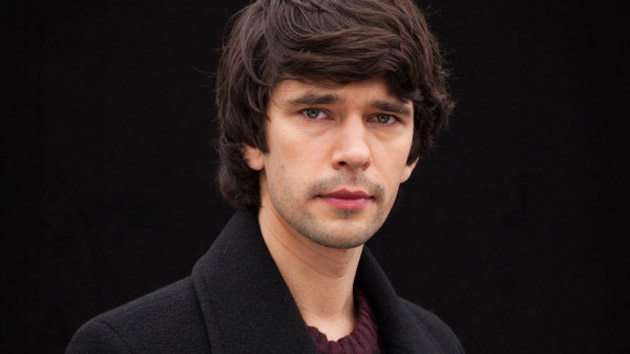 To coincide with the home entertainment release of the critically acclaimed series, LONDON SPY, which is available on Blu-ray™ and DVD on 2nd May 2016, courtesy of Universal Pictures (UK), Ben Whishaw took some time to talk about the series.

Q: Where does the story of London Spy begin?

A: Danny’s the central character and we follow him, he falls in love at the beginning of the story with a man called Alex and they have a very intense, deep connection.

Q: How does that relationship contribute to the plot of the story?

The relationship mysteriously ends abruptly and Danny doesn’t really understand why. And anyway it transpires that Alex has been murdered and Danny discovers his body in an attic in Alex’s flat. And from there the story follows Danny’s journey to try and understand what happened to his lover.

Q: What’s the importance of character in London Spy?

A: It’s very anchored in character and I’m amazed by how well Tom has written every single character who features, there are many characters that Danny encounters along this journey. And it’s also very unique and exciting I think because it happens so much in one character’s head. It’s a very subjective story, and all the more exciting for that I think. Q: Is Danny aware of the situation he’s in or who Alex really was?

A: Danny doesn’t know he’s in a spy story, he doesn’t know he’s in love with a spy, he doesn’t understand the world of spying, he’s in a world that’s quite alien to him, the rules of which he does not understand at all. I also think though that Danny has a few surprises up his sleeve. He’s a complicated person and there are parts of him that are revealed only slowly over the course of the five hours. So it’s all part of the world that this series creates where you’re not certain quite of everything.

Q: Can you talk about the friendship between Danny and Scottie?

A: Danny and Scottie have been friends for a very long time and in a way it’s the central relationship of the series and that’s another thing I really love about this series is that it features this friendship between two gay men, one who’s in his sixties and one who’s in his twenties, so two very different generations in terms of attitudes towards sexuality.

Q: Do you think there are any other underlying feelings between Danny and Scottie besides friendship?

A: There are unspoken or unexplored feelings probably from Scottie towards Danny, but over the course of the story we realise that Danny really does in his own way reciprocate those feelings. There’s great love and tenderness towards Scottie, who is a wonderful, wise, humane person with a sort of core of sadness in him I suppose.

Q: What did you think of the script when you first read it?

A: It felt incredibly fresh and I didn’t know what on earth was going to happen next or what kind of a story I was in. It felt like anything could happen. Q: What made the story stand out to you?

Q: What have you liked most about working on London Spy?

It’s been wonderful to work on a really fantastic piece of writing, of new writing, that’s not based on anything else, which is contemporary and challenging.

Q: How has it been working with Jim Broadbent?

A: Jim is an incredible actor and it’s impossible to say how he does what he does.

Q: What do you think it is about his acting style that makes him so incredible?

A: He’s got an incredible range as an actor so he can inhabit vastly different people very lightly, very easily as you say with almost no effort, no force. It’s amazing.

Q: What it’s been like working with director Jakob Verbruggen? What has he brought to London Spy?

A: It’s also been really wonderful to work with Jakob Verbruggen, who is as much a part of the series as Tom Rob Smith the writer. The vision that Jakob has brought to it, the visual style, and the kind of energy I think that he’s brought, I think is a defining quality of the series.

Q: What kind of experience do you hope the audience will have when watching the series?

A: I really hope that it’s as exciting and moving and layered an experience as I’ve found it to be to read.

Q: What aspect of the series will have a powerful impact on the audience?

A: I think that there’s something powerful about watching a character go to its sort of limits of an experience, to get dragged over the coals, to plunge into something very dark and painful and come through that experience. I think that’s really powerful for an audience to watch.

LONDON SPY COMES TO DVD FROM 2ND MAY 2016 COURTESY OF UNIVERSAL PICTURES (UK).