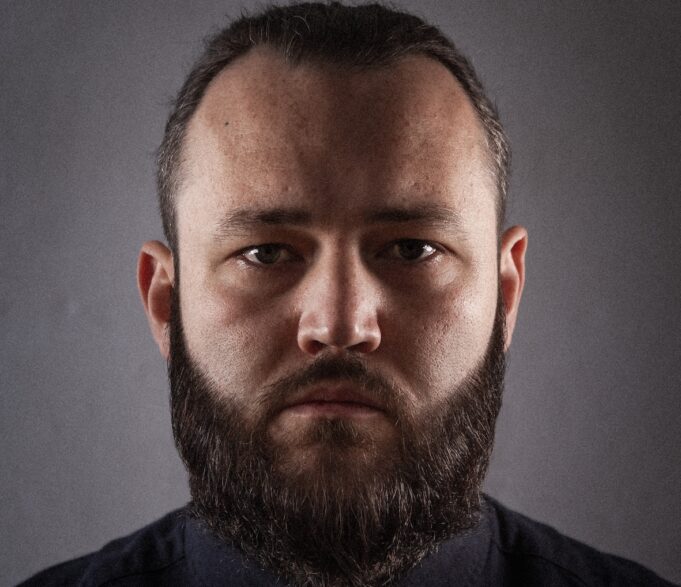 Hailing from a little village in Essex,  Jack in Water grew up listening to the diverse musical influences of his parents, a mix of art-rock melancholy instrumentation partnered with the emotional soulful voices of the greats, which really drove him to make the music he makes today

We chatted to him about his latest single, dream collaborations and what he’s most looking forward to post-lockdown.

How did you first get started In music? Was there a moment where you knew this was something you wanted to pursue?

I originally started playing music in Indie guitar bands in secondary school when I was around 15, playing covers of The Strokes, however, I didn’t start to think about going into music until I was getting ready to go to college. I think the moment I started to write music properly in my late teens/early 20s I knew that it was something I had to do forever. I found it a lot easier to articulate myself through music than any other medium and that realisation was what got me most excited. I could never quite find the confidence to really venture into music full time until I met my wife. She gave me the confidence and support to really have a go at it properly and commit myself to being an artist wholeheartedly.

What was your inspiration behind ‘You Don’t Feel Like Home’?

When I started to write songs for my debut album I knew I wanted it to be about my childhood and more specifically accepting and reflecting upon what I considered to be the most important areas of it. A huge part of my upbringing was obviously where it happened and the feelings associated with the landscape, the people and the culture of rural Essex where I was brought up. I wanted to write an honest song about that place and the fact it is not my home anymore. For a while I felt quite resentful towards it and what it stood for in my mind. However as time passed and I moved away both mentally and geographically, space allowed me to look back on it more objectively and even with love. Now when I go back to visit I don’t dread it. So the inspiration was really the journey from being there, to resenting it and now looking back at it fondly, with acceptance and warmth.

What’s your songwriting process like? Do you do anything to get into the ‘zone’

My process varies depending on what my approach is. Sometimes I have a very specific idea of what I want to write about and how I want it to sound so I just keep turning up until it happens. Other times I am very lucky and a song just falls into my lap whilst I am playing the piano so I just run with it. But one of my favourite things to do is to write with other people. Just the fact that there are two brains, two stories focusing on creating something adds a new dynamic that I can never achieve on my own.

In terms of getting in the ‘zone’, I often like to set restrictions in the first instance. For example, I am only going to use this guitar sound and these three chords and then I go from there. I give it time and then I expand or change the rules. I find that I work better in a clean space with rules and guidelines and then once I find that spark or good idea I can expand out to wherever it needs to go and allow it to get messy. But mainly for me as long as I am turning up I am giving the songs a chance. I am a firm believer of what Picasso says, ‘Inspiration exists, but it has to find you working’. It is rare that I just wake up like in the movies and an idea floods my mind. I love the idea of it, but in reality, it just doesn’t happen with me.

Do you think your hometown has had an impact on the music you create?

I think it definitely has. I think the fact I was lucky to grow up with access to nature, woods, big open fields, it meant that there was always a feeling of hope. That there was something more to life. Even when you feel like you don’t belong in a place or you feel a little claustrophobic, just the fact that you can walk somewhere and see across an open field or look up at the stars makes you feel hopeful even in the darkest of times. At least it did for me! I think that has allowed my music to always be written from a place of kindness, understanding and hope and optimism even if it is about something quite traumatic or that insights anger or sadness.

This is a difficult one for me as there are so many, however, my gut right now would go with Sufjan Stevens. He has written some of the most beautiful songs ever written in my opinion. His way of developing quiet little acoustic folk songs into giant walls of sounds and the concise but colourful ways he writes stories just makes me feel more connected to myself in a way not a lot of artists do. I am not sure exactly how he would benefit from writing with me though, perhaps he would be charmed by my ambiguous British accent and giant head. Anyway, I guess he doesn’t have to be excited about it, it’s my dream, stop moaning Sufjan.

I would describe my sound at the moment as dramatic and melancholic, but hopeful alternative chamber pop music. In one moment it can be quiet and fragile and at other times loud, chaotic and full of Hollywood drama.

I am terrible at remembering melodies to songs. Famous ones, my own ones. I think there must be a scientific word for it. I would be terrible on that round of Never Mind The Buzzcocks.

All Is Full Of Love by Bjork

Generally, I am full of love, however when I am not or I feel like all is not full of love this song reminds me. It’s also dramatic like me, slow-moving like me and has a seemingly simplistic childlike message of hope, like me. I would love Bjork’s voice to soundtrack my life generally if that is possible, please.

Once we’re out of lockdown and things get back to some normality, What’s one thing you’re most looking forward to?

I now live in Mallorca (Spain) which is where my wife is originally from. It is the longest I have ever been away from the UK, so I am really missing England and my friends there. I also can’t wait to start writing again in the same room as people rather than through a screen.

What’s next for you? Can we expect any more music later this year?

I am building up to the release of my debut album, which will be out later this year. I have a few more singles coming out in the run-up to it as well as some music videos that I am really excited about. Then I hope in late 2021 or early 2022 I can get out gigging again and start to work on the next project.