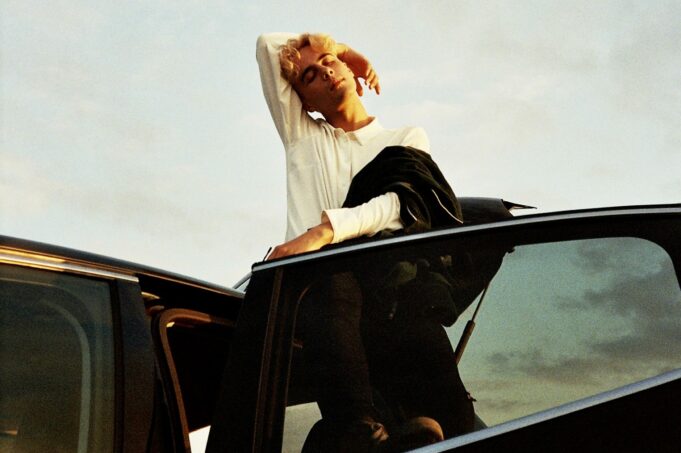 Returning with his dazzling track ‘Rush’, you can expect to see a lot more of him this year

We chatted to Matt about the lockdown, new music and dream collaborations.

How have you been? Have you found yourself being more creative during lockdown?

Hey! I’ve been great thanks.  Yeah, the creativity is flowing! I took a few months off during the summer, after my last EP “The Breath Within Your Chest” came out, just to de-stress, but I’ve written most of my next EP now already so I guess I have used lockdown to my advantage!

Tell us about ‘Rush’. What inspired it?

So Rush was actually written around May this year; it was after I had just finished recording the “Breath” EP, so it was a few months since I had written anything. “Breath” was all about how I criticised — and then reconciled with — myself about how I dealt with the end of a relationship. Not mourning it or the distance from that person, but rather how I specifically dealt or “misdealt” with a lot of it. Bearing in mind that the majority of “Breath” was written back in late 2019, there were a lot of new feelings that I hadn’t really felt at the time of writing it. It’s a bit of an epilogue in that sense, but Rush is about moving on, simple as. In addition to the general dumpster fire that 2020 has been, it was a mad year for me personally, so it feels really good to be closing it off with this, kinda feels like I’m properly healed and able to be finished with this part of my life.

What’s your songwriting process like? How do you get into the zone?

At the moment I write a lot while working on the production of the track at the same time. The only part of the process that happens like clockwork is that I write my lyrics last. They take me the longest to do because writing is meditative for me, it’s the best way for me to introspect. So I really like to write as many versions of lines as possible because I think it just helps me get everything out.

Do you get nervous when releasing new music?

Oh yeah definitely, but more so about whether people will like the song than if it will do well. I’m trying my hardest to accept that if you’re releasing independently, you have to leave a lot up to the gods of streaming to pick stuff up, so I try not to worry about that too much, I think I’m getting better at it though!

Do you think the pandemic has changed the way artists create? Is this something that was hard to adjust to?

I think so, but ironically I think in a lot of good ways. We’ve had to become more inventive with ways to make music, whether it’s over facetime, producing at home, or trusting another producer to just put their spin on it, I think so many people have developed new skills, including embracing collaboration. I’ve worked with some people that I’ve never thought of working with before because we were both just up for writing a song over FaceTime and seeing what happened. Look at people like Charli xcx, who put out a whole album without ever entering the same room/studio as the people who helped her make it!

That changes all the time depending on who I’m listening to, and who the song would be for. If it was for me, I’d love to work with someone like Ian Kirkpatrick; if I was writing for someone else, I think Eden. And if we’re talking production, I’d love love love to work with someone like SOPHIE, Flume or Baynk — someone who has a very identifiable sound, because it would be so cool to see how they work!

Has there ever been a track that you’ve written that you regretted or wanted to change?

Ohhh yeah, and they don’t exist any more! Earlier this year I took down a whole load of songs that I didn’t enjoy listening to for various reasons, but it was mostly that I didn’t think I ever liked them, I just felt like I had to put them out, which is something I want to avoid for the rest of my career now!

I was once on stage with U2 in a stadium in Vienna! I was wearing a mask though…still, I think that’s pretty cool!

Also, I co-wrote a couple of songs that ended up being optioned by Ariana Grande and Charli XCX. They wouldn’t know me from anyone, but I carry that little feather in my cap.

If I’m working it would be the MacBook error noise on repeat. If it’s when I give myself some rare time off then it would be 4ÆM by Grimes…

Lots! I have some really fun plans for 2021: we’ve got a single coming out in February with an artist named Kirstie, and then 2 EPs that function as a single concept, Phase I and Phase II; very creative titles, I know. My goal is to get a deal on the table so I can release even more music than I did this year, and I’m super excited cause I’ve got such a strong sound to show!