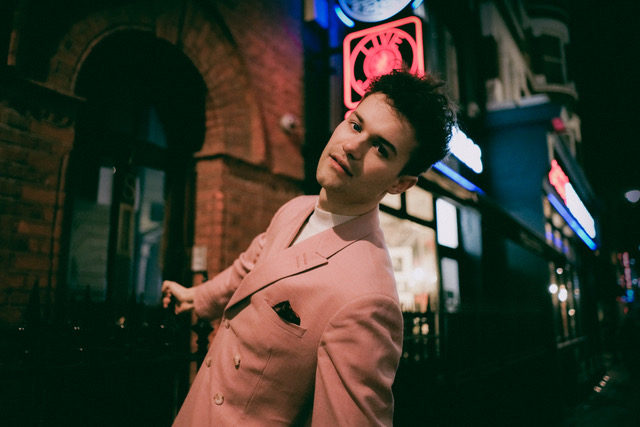 British-American singer/songwriter George Pelham is back with his brand new single, Not Tonight.

From performing at Great Escape and Latitude, George has also played at a wide range of venues including Mahiki, Alexandra Palace and Soho Farmhouse.

George worked part-time as a tutor to make ends meet and spent every spare minute writing, recording, performing and honing his craft. The efforts soon paid off when he caught the attention of powerhouse management companies Modest and Red Light, the latter who he went on to sign with. We chatted to George about his new single, dream collaborations and his future plans.

What can you tell me about your new single ‘Not Tonight’?

I wrote it about 4 years ago and have made about 15 different versions of it since then, so it’s taken me a little while! I wrote it a few months after breaking up with my ex-girlfriend. At the time I was going out a lot and trying to ignore how I was feeling, but I found it very difficult to move on with anyone new. This song is about one of those nights.

I definitely start with lyrics first. I’ll generally go for a stroll (usually in Battersea Park – my favourite park in London hands down) to try and come up with some kind of phrase that sums up how I’m feeling or something I’ve recently gone through. Then I’ll put the phrase to a melody, work out the chords and write the rest of the song.

Want to know how ‘Not Tonight’ was created? Check out George Pelham’s video above

I’d say it was the first open mic night I played at uni. I sang ‘Blackbird’ by The Beatles – I was the most nervous I’d even been but it was the most fun I’d ever had. I’d never sung onstage with a guitar before – it had always been either in my room or choir-related stuff at school, and this was 100 times better.

What’s the best and worst part about being an artist in 2020?

I’d love to do a song with Bruno Mars – he’s such an amazing writer, performer and instrumentalist. Watch this space…

Do you get much downtime? What does a typical day look like for you?I don’t get masses of downtime – though I love making music so much that I don’t really mind. I wake up at about 6 am, spend a couple of hours doing admin-y life-stuff, then for the rest of the day I’ll either try and write a song, go to the studio and record something, film/edit a music video, rehearse with my band. learn a new instrument…depends what day you catch me!

What can fans expect from your live shows?

A lot of noise, a lot of energy and hopefully a lot of fun. My shows aren’t too serious, I just want people to have a great time and let go a little.

Apart from music, what are some of your biggest passions?

I’m a football fanatic – I love playing it, watching it and even reading about it. I’m also really passionate about sustainability – I became vegan about a year ago after learning more about the meat and dairy industries and just think it’s really important that everyone is aware of where their food comes from.

Firstly I’m currently on Day 6 of my ’30 Covers in 30 Suits in 30 Days’ TikTok challenge – so I’ve got to get through it! After that, more singles throughout the rest of the year, and an album next year. Hopefully, more gigs coming soon as well. Thanks for the interview!