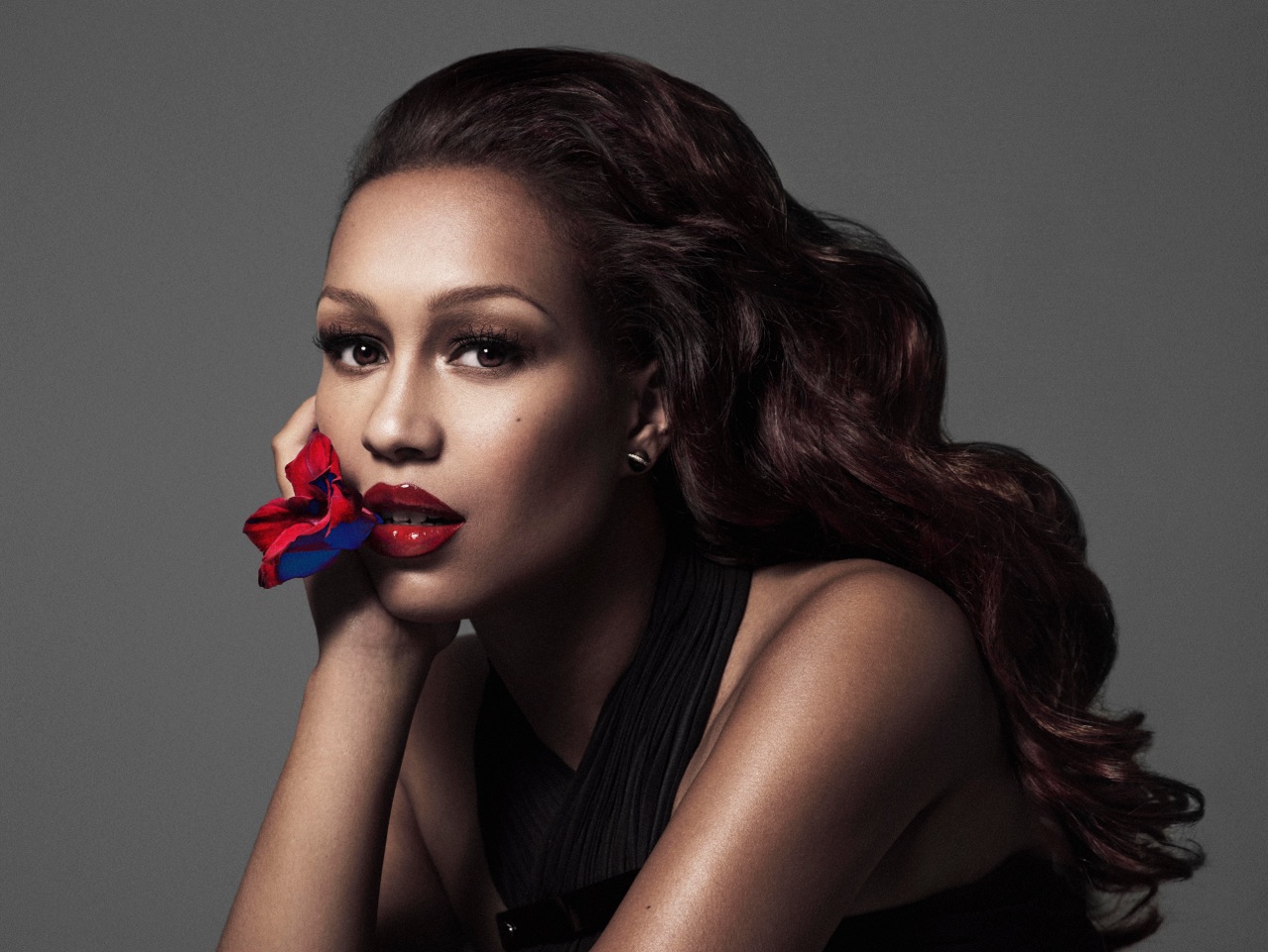 Picking up the pieces and gluing the broken shards of a shattered confidence usually takes a long period of time, but while recording her new album, ‘Freedom,’ Rebecca Ferguson took her own advice to heart: “I have only got one life and I need to enjoy it and stop being upset.” The positive advice also goes hand in hand with her current single, which has the simple message: “After a time I realised that for me to grow I’ve got to let go.” The last twelve months have been tough for the powerhouse songstress—who is currently embroiled in a law suit with her former management company, and is also implicated in a police investigation after being conned out of £100,000. No wonder the only thing we love more than seeing a public figure fall is seeing them rise again. So, if anyone knows the highs and lows of being a contemporary pop star, it’s Rebecca Ferguson. Today, she follows her critically acclaimed debut ‘Heaven’, with ‘Freedom,’ a candid body of work that recounts her darkest moments. And as it turns out, this album is what will separate her from her competitors (maybe we too can find redemption). I spoke with Ferguson about her new found independence, motherhood, fame, and her life-long infatuation with music.

You’re music and your voice is very addictive. Do you think being a musician is an example of being fixated to something?

Yeah, it definitely is. I think music is something I have never been able to get away from, and I have tried, but it’s something that will not go away. It can be quite crippling if you’re constantly thinking about music and wanting to make it, it can really get you down. I think people are born to be performers, but it can be a hard profession, especially as only happens to a few people.

How do you try to make a difference with your music? What would you say the inspiration, or message, of your music is?

It’s positive. It’s all about living and enjoying life and overcoming obstacles, which is something that is inspired by my upbringing. I’ve had quite an upbringing with a lot of faith. I do sometimes have days where I’m down, but usually it’s all positive.

So do your idea and inspirations come from places you’ve been?

Yeah. I have had quite a tough life, so I can draw off a lot of experiences. Everything that I write about is what I have gone through, especially with this album, it was all me and what I was going through.

Has your thinking about love changed since the advent of discovering the meaning? And would you have written a song like your debut single, “Nothing’s Real But Love” today?

You know what I probably would because I still believe that. I still believe that love is the only thing that’s real and sometimes we get lost in everything else. That is my attitude because I think as human beings we make ourselves slaves. Kanye West touched on the subject recently—you make yourself a slave to a brand new house, a new phone or watch and then your attitude will forever be, ‘I’ve got to have that’ and until ‘I have got that then I’m not happy.’ I have got lots of nice things and I do like fancy shoes and all those other things, but I have learnt that happiness is in my family and my children.

I’m struck by the name of your new album ‘Freedom’. I would have thought the title had something to do with you wanting redemption, but it seems more about providing solace for you—it’s almost self-confessional.

I’m free [laughs]. That’s exactly where I was coming from — I’m free to be who I want to be creatively and as a human being. I’m not a slave to no one anymore. I felt really tied up by all the bad people I had attracted around me in the last couple of years and then finally I got the news that life is too short. I have only got one life and I need to enjoy it and stop being upset. It’s like the biggest life lesson ever and I finally feel like I’ve figured life out a little bit. I did that whole thing of getting money and then buying a nice big house, along with the designer clothes and shoes. I done all that nonsense that you usually do when you get money, but I learnt that I was making myself a slave to all those things, because if all my money went tomorrow the only thing I’d be worrying about is my big house and designer shoes. Why? Because those are the things that I had become accustomed to, but that why I’ve decided that I am no longer going to be a slave, and I want to be free. I am going to enjoy the little things that are important in life and if people want to send me free stuff, that’s great [laughs].

When you wrote ‘I Hope,’ did you know it would turn out to be one of the most addictive song choruses of 2013?

It’s really, really catchy, isn’t it? It’s a lot poppier than my previous singles, but I wasn’t thinking about that or the chorus. I just went into that studio with a lot of personal problems. I turned to Jarrad, who I wrote it with and said, ‘These people are really getting me down. I need to forgive them. I can’t hold all this hate towards them, because it’s ruining me as a person.’ So he put me on the mic and the chorus was literally written just out of how I was feeling at the time.

On “Bridges,” your voice is like Aretha Franklin’s, and the moderately slow piano in the background also adds to the mood. Was that intended?

I love Aretha and Whitney [Houston]. I’m a big fan of soul singers because when they sing from their soul, they carry a note, like the way how Aretha does with no control of how or where it will end. It will come out of their mouth and go where it wants, and I do a similar thing because when I sing I’m singing from the heart. I always struggle when I’m in the studio. I’m constantly being told, ‘Rebecca that note has fallen on the wrong beat,’ and I’m like, ‘I’m a soul singer – what do you expect?’

It seems like you and Aretha have had similar trajectories in life. I read a quote from her in which, she said “Being a singer is a natural gift” —is that something you can relate to?

Yeah. I think you’re born with it and you’re either meant to do it or you’re not, I really do believe that path is set. I mean Aretha and Whitney are in different leagues from me, they are god given and they were meant to be on earth to perform, it’s also the same with Michael Jackson. It’s a gift you are born with.

On this album you’re not that withdrawn girl that we once knew, you’re sound is more confident —on “Fake Smile” you even sound like an young Corinne Bailey Rae—it’s like an new quality that makes you noticeable.

[Laughs] I’m a lot more confident on stage. I feel like that’s where I’m happier and more comfortable now. I think before I was more self-aware and was worried about getting a note wrong whereas now it’s all about having fun.

Speaking of things that define you, do you ever find it difficult distinguishing yourself in an industry that can pigeonhole female artists?

When I went over to America to do promo, I was sent around to all the hip-hop and R&B radio stations, and as you know, my first album was not hip-hop, and it certainly wasn’t R&B. I kept asking myself: ‘How comes I’m not with all the other contemporary music artists?’ ‘Is it because my face doesn’t fit?’ So, yeah ­— I do feel it’s easy to be pigeonholed but I’m going to fight back with this album. I am not going to do that again, so that’s why this album is so different. I didn’t want to become Rebecca Ferguson, who you’d have in the background whilst you have a glass of wine at a dinner party. That’s not what I’m about and my lyrics aren’t written for that, they are meant to be powerful. I feel like my music should be limitless, and I hope that with this album, I have opened the door for younger ears to listen to me.

With the current success you’re experiencing, how do you feel when you walk into a room and people can’t stop staring at you?

I’ve got used to it now, but sometimes it does get weird, especially when I forget that I’m in public and I see someone staring at me and I’ll be like, ‘Why is that person looking at me like that?’ ‘Have I got something wrong with me?’

How do you deal with the pressure that comes with fame?

I spend a lot of time with my family and I don’t really go to many celebrity parties. I was aware quite quickly that I would get lost in all of them glam parties, so I made the conscious decision to stay away from it all. I mean, there are some that I do attend every now and then, but you’ll notice in the last few years that I have only attended very few.

How do your children see you? Do they understand what’s going on?

I’m just mummy to them. I think they’ve got used to the fact that this is my job. My little girl who sings and dance loves it, but at the same time I’m just mum. I invited my little boy to watch me perform on X Factor, but he said ‘no’. I think I’ve got some normal balanced kids. To them, it’s just work.

Are you going to have any more children?

Lillie, my little daughter is shaping to look as if she wants to be an entertainer. She’s starting to look like a mini Beyoncé. Who knows what will happen and whether I’ll have some mini stars, but I’m going to try and stare them in a different way if I can.

What are your New Year’s resolutions?

I hope for happiness and for my family to remain healthy and whatever else god has in store then I’m happy.

Rebecca’s single ‘I Hope’ and album ‘Freedom’ is out now.